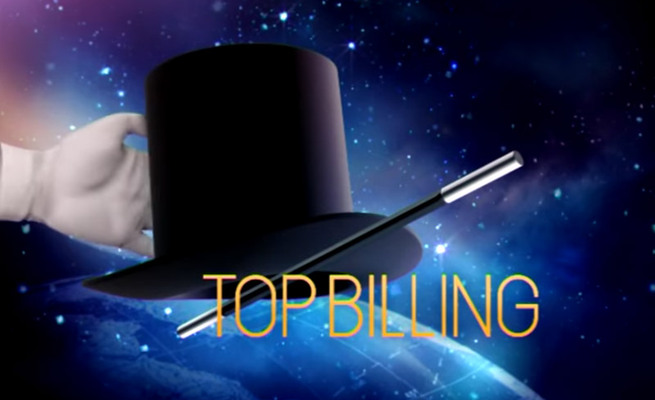 The cash-strapped SABC has closed the curtain on popular TV show Top Billing after 23 years.

Sowetan has reliably learnt that the travel, lifestyle, home and celebrities show produced by Tswelopele Production, founded by Basetsana Kumalo and Patience Stevens, will air its final episode on Saturday.

Contacted for comment, SABC spokesperson Vuyo Mthembu said: "Please note that an official media statement will be released tomorrow [today] in this regard," Mthembu said.

Kumalo asked Sowetan to e-mail her an enquiry on the show ending but had not replied by the time of publication.

According to a source close to the show, the SABC didn't renew the show's contract four months ago because it was "expensive" to make, especially the international shoots. Sowetan understands that it cost between R500,000 and R800,000 to produce a show.

Another source revealed that since the show moved to the Saturday time slot from Thursday night, the ratings had dipped drastically.

It's been an exceptional 25 years from where I come from as a producer and co-owner of Tswelopele Productions. The privilege of producing an incredible show that has captivated South Africans and international audiences is one that warms my heart every day when I think of my very first day as a young presenter on Top Billing.

This show exemplifies excellence and sophistication in arts, design, decor, fashion and broadcasting, creating countless jobs in its many years on air. It has been quite a ride and it is fitting that after 25 years, we salute this season as our final one.

Every show has a beginning and an end and I must admit a quarter of a century is one great feat. Patience Stevens and I are so proud of the work and marvel this show has been in our lives and careers.

We've enjoyed many accolades, experiencing its Longevity and watching audiences embrace living the The Top Billing life gives us goosebumps every day. It is a wonderful chapter neither of us will ever forget. We trust that the show has served audiences by inspiring them to dream big, embrace their inner creative genius and dare to live the life they deserve.

From the presenters, producers and all crew, Top Billing wraps up this season as a series finale that will hopefully open the door for new opportunities and encourage young creative talent to trust in creating concepts that stand the test of time and style.

"Basetsana fought tooth and nail to keep the show. She remains very unhappy about the decision to end the show," a close friend told Sowetan.

A promo video advertising the show's finale that Sowetan has seen is already running on SABC3.

One of the segments teased in the video is from Kumalo's recent star-studded book launch that was attended by the likes of minister of sport, arts and culture Nathi Mthethwa and EFF leader Julius Malema.

Throughout its illustrious run, aside from its luxurious travel pieces and opulent home inserts, the show is renowned for its glamorous A-list weddings.

Stars such as Loyiso Bala, Bryan Habana and Criselda Kananda had their weddings aired on the show.