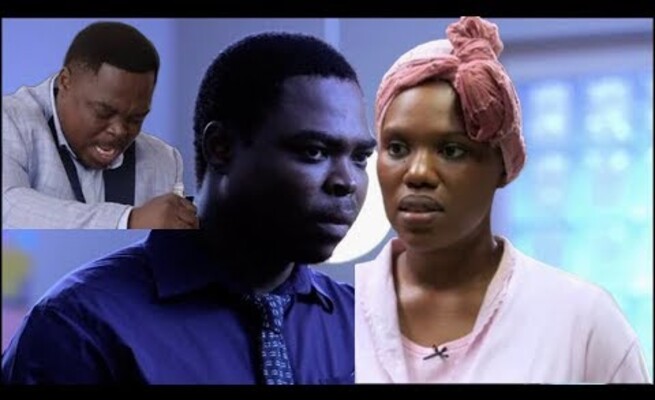 They have earned themselves the reputation of falling in love with various people on set, that is Mamlambo and Qhabanga on SABC 1 drama, Uzalo, for you.
A twist of fate, they have now fallen seriously in love with each other and plans for a wedding to rubber stamp their union is underway.

The million dollar question is now if the wedding is going to take place at all, following all the drama that has triggered their relationship.

Symptoms from Mamlambo, played by Gugu Gumede (27) are showing otherwise. Her character is a spiritual woman who’s the face of the church, but carries a bad name for taking other women’s men.

She has been referred to by many mean names and is often referred to as ‘our very own Brooke Logan’ in reference to the Bold and The Beautiful’s.

Despite having had played the same character for five years, Gugu more often feels like she is playing a new character because of Mamlambo's unpredictable nature.

“It’s nice to know that you are playing one character, but it doesn’t necessarily feel like it’s one character. The changes are intriguing,” she said.

The character has given Gugu, artistic expertise to tell the true South African story. She confessed how viewers get dismayed by how Mamlambo gets swept off her feet.

“She is a person who is led by her heart and
not her head. She doesn’t think. There has to be an equilibrium that she stands on.

“You can’t always destroy friendships when you are in love, wanting someone’s man and should not always be ready to follow your heart and be willing to destroy relationships around you,” she said.

One other thing that Gugu, envies Mamlambo for is her spirituality, a personal trait that she too possesses. “Her spiritual ways struck a different chord [for me],” she added.

But she seems to throw the the Bible through the window when it comes to her love decisions. During her first marriage to Nkunzi (Masoja Msiza), Qhabanga’s brother, she was willing to sucrifice her friendship with Mangcobo (played by Dawn King).

Now she’s about to marry Qhabanga, who was with Gabisile (Baby Cele), who was also her friend.

KEEPING UP WITH CHARACTERS

Not spared in the unfolding drama is seasoned actor Siyabonga Shibe (41) who plays Qhabanga in the Zulu drama, he has had to keep pace with constant changes the character has gone through.

“He’s a shape shifter, he’s able to move from one colour to another very quickly,” Siyabonga said.

“At first, he was a good policeman and turned out to be a crook. Then he became a corrupt pastor and now has switched to being a good one. In between all of that, his love-life has been a sport.

“It’s challenging but it’s a good challenge. I love to go an extra mile with characters,” he said.

Coming to love matters, Siyabonga said Qhabanga’s patience and interest in love baffles him. “I respect him for being that patient,” he added.

Siyabonga hinted that more surprises and challenges are looming for the churchy couple, which to tries keep with their storylines off the set too.

“Now I’m called a pastor randomly. The other day I was at Blue Lagoon Beach in Durban when suddenly teachers and children wanted me to pray for them,” he said; adding that he had to explain to them that it’s just a character.

“They insisted. I ended up praying,” he said.

Siyabonga who is not a churchgoer had to watch preachers on TV so as to learn how to play the character. “Honestly, for me, it’s an honour to be able to make a character so believable,” he told Move.

On the other hand, Gugu most of the times has to deal with nasty comments online over constantly changing men, while Siyabonga is celebrated for his role.

She told the publication that she just deletes and ignores the hate. “I give that energy colour, it’s green, it’s slimy and if it lingers it destroys me and not the other person who says those things about me. I need to breathe it out. If someone hates you, it means you’re portraying the character well. I don’t act to be liked,” Gugu said.

Siyabonga is grateful for the decision he made to board a bus from Umlazi, Durban to Johannesburg at the age of 19 to pursue his dream, kept an eye on bad behaviours that dog the acting fraternity.

“Drugs and pressure in the industry are huge. People start to think they are millionaires because they are famous. I’m not that type. The respect I was taught at home, I always try to carry it over and have passion for what I do,” he said.

His first fan is his six-year-old son, Yena. “Being a father is just an amazing feeling,” he said.

As for Gugu; “I want to be remembered as a woman who reminded people to live in their most authentic state. Social media is conditioning our brains to all be alike. But if you as a human being know who you are, there’s nothing that can change you.”

There’s still much drama viewers can look forward to with these two characters.

Meanwhile, if Gugu could whisper in Mamlambo’s ear, she would urge Mamlambo to listen to her ancestors, because as spiritual as she is, when Mamlambo is in love, she loses her spiritual compass. “Don’t ever allow a man to make you forget who or what you are,” said.