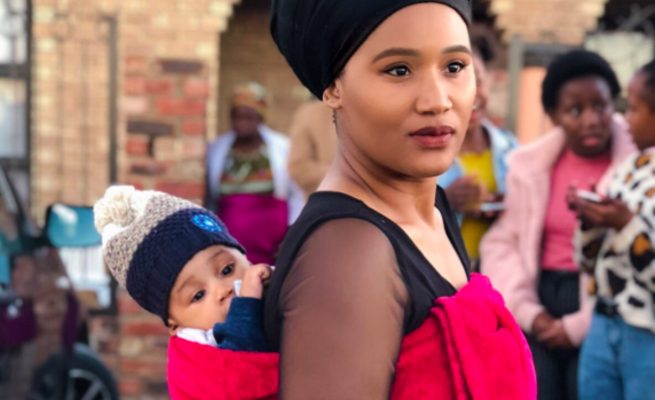 An open letter to Arts and Culture Minister Nathi Mthethwa written by actress Vatiswa Ndara has inspired other South African actors to speak out at the exploitation they have faced at the hands of local production houses and distribution channels.

Ndara posted the letter on Monday morning outlining the exploitation she has suffered while working on the Ferguson Films production, iGazi, in the hopes of getting the minister to intervene in the way the entertainment industry treats and pays its talent.

Ferguson Films is a production house co-owned by Connie and Shona Ferguson and it is responsible for productions such as iGazi, Rockville, The Queen, The Throne, as well as the 1Magic telenovela The River.

“I come forth not as a ‘clever black’ seeking relevance, as it does not deliver a dime nor does it stand to benefit me. At the risk of public shame, humiliation, and salacious headlines, not to mention alienation from my peers and possible blacklisting from the powers that be in the sector, I humble myself in expressing the truth of my experience in the arts and entertainment industry and publically exposing the depth of my frustrated and broken spirit,” read part of Ndara’s letter.

She then goes on to quote an email from the production house which states they were looking to offer her what they called a global contract to the value of R110,000 before tax for the duration of a five-week shoot.

The contract they were offering further stipulates that this would grant them unlimited calls, the privilege of having access to her talent on a first-call basis and an additional week of her time at no extra cost for wardrobe fittings and makeup tests.

Ndara then goes on to outline how the stipulations of the contract would negatively impact her livelihood through things such as no guarantee of residual earnings through future broadcasts of the show as well as her being unable to seek additional employment for the duration of the contract.

“Minister, this is the only remuneration (R82,500 after-tax) that I will receive after five weeks. My understanding is that both the channel and the production house, on the other hand, will continue to reap the financial benefits through repeat broadcasts, licensing deals and repackaging of the show – they will continue raking in insurmountable figures, long after I have been paid and while I am not even guaranteed a job after that five weeks,” explained Ndara.

“Perhaps I lack the financial savvy to manage this R82,500 over the next two/three years of possible unemployment,” she dryly added.

Ndara then highlighted some of the more unfair industry-wide practices that made it difficult for talent to earn a real living from their craft.

Among these practices include; unfair contractual agreements and expectations, poor remuneration, unfair treatment by producers, poor oversight by channel, bullying and intimidation. the actress asked the minister to conduct a random site visit to any production of his choosing in order to get a front-row seat to some of the issues she highlighted.

She further highlighted a problem that a number of creatives had been trying to bring to the attention of the minister, which is the fact that they are subject to a 25% freelancer tax. As people who are hired seasonally, they feel as though this is too high and would like these figures to be revised.

She concluded by listing just some of the actions the minister could take in addition to leaving him with a question: “What is vision 2020 for the arts?”

Various actors such as Rami Chuene, Florence Masebe, Sello Maake ka-Ncube, and Anga ‘Naak Musiq” Makhibalo chimed in on the issue as a whole and declared their support for Ndara.

Other compared her to actress Mara Louw, who was the last actress to call out the power couple for their ill-treatment of her on set while she worked on their show, The Queen. Her character was written out of the script shortly thereafter.

Keke Mphuthi, however, was one of a very small number of actors who shared their own experiences with the Fergusons.

In a Twitter thread posted on Monday evening, Mphuthi shared how she was earning below minimum while simultaneously working on two productions for the power couple.

She also alleges that she was fired mid-season of the show she was working on because she had fallen pregnant and was not paid out her full contract as a result.

After receiving contradictory information from an undisclosed source, entertainment commentator and television host Phil Mphela questioned Mphuthi on the accuracy of her story.

Mthethwa has confirmed receipt of the letter but has yet to respond to its contents.

The Fergusons have not directly addressed the contents of Ndara’s letter but their lawyer, Brendon de Kooker, has said he has been given instructions to consider legal action against Ndara.