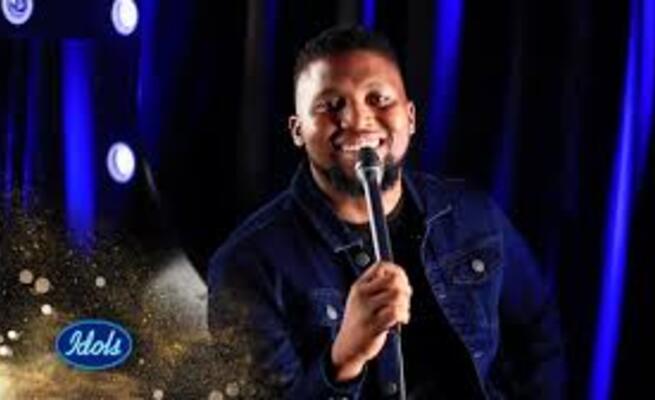 Idols SA contestant Nolo Seodisha has won over the hearts of many through his soulful voice and charismatic personality. In a hearty interview with Moroetsana Serame, Nolo unpacks some secrets

The theme for Idols this week is love which is the perfect way to hail our Top 8 contestants. One of them being soulful contestant Nolo Seodisha, who plans on winning hearts and votes through his rendition of a Teddy Pendergrass ballad.
The contestant seems to be a favourite among the ladies and it isn’t difficult to see why.

“They call me teddy bear so I guess choosing a Teddy Pendergrass song goes well with that. I had to pull out the OG’s hit for our theme this week, which is love songs,” Nolo said, chuckling.

He said he had received quite an overwhelming amount of attention from fans who saw him as a potential suitor and he confirmed that he was indeed single.

I’m completely against gender-based violence, there is no excuse for it

He jokingly described himself as a manly man and said that record producer and songwriter Anatii embodies the qualities of the kind of man he would like to be. When asked about what it means to be a man in the greater discourse of gender-based violence, Nolo did not mince his words. “I’m completely against gender-based violence, there is no excuse for it. We need to move to a place where it’s more than just a hashtag on social media.

Nolo said his journey with music started when he was five years old and that he was known in Soshanguve for his musical and dancing ability.

He hopes his music will one day encompass the different generations of South African pop music. A fresh new take on bubblegum music and kwaito while still staying true to himself.

Apart from his newfound popularity, Nolo has described his experience on the show and in the Idols house as rewarding.

“Living in the Idols house has been great but also weird. Meeting all these new people and having to live with them in one house. We all speak different languages but for those with common-language families they’ve found it easier to connect. The rest of us have had to adjust,” he said.

The singer cited Sizwe Hlatshwayo, Andile Hleza, popularly known as Andy Keys, and Dinky Kunene among some of the contestants who have left that he will really miss as they spent a lot of time together and formed strong bonds.

He lamented about missing home, his family and friends whom he knows are rallying behind him and supporting his dream of one day being the Season 15 winner.