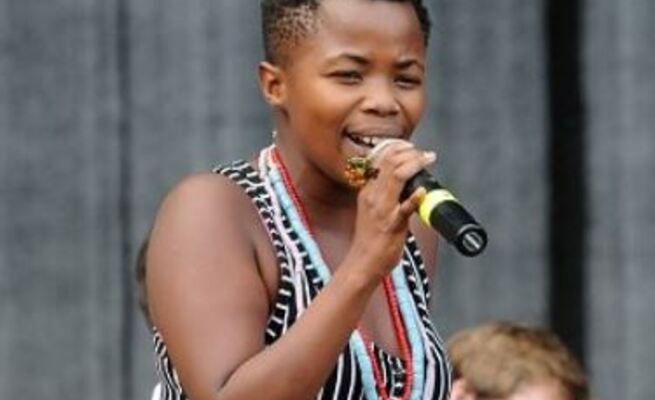 Afro-fusion singer Zolani Mahola is hanging up her doo-be-doo notes to focus on public speaking and her solo career.

After a 17-year “marriage” with the multiracial and internationally-acclaimed band Freshlyground, the lead singer said that she had reached a point of letting go of her musical home in order to spread her wings.

“My primary way of communicating is by using my voice and I just realized the power of a story,” she said.

Using music and storytelling, the 38-yearold artist said she was finally ready to express deep personal themes of identity and belonging in her work.

“While we are all connected and have so much in common, our experiences of the world are all unique and our individual stories must be acknowledged.

“The focus of my work will be to encourage others to investigate their own histories and present in the face of the collective story – my story … our story.”

Mahola, who joined Freshlyground in 2002, was the remaining female singer and said she was now going to show her fans her other talents.

“I’ve been writing music on guitar for many years but people don’t know me as a guitarist. I am introducing Zolani the instrumentalist with my acoustic guitar. This is my unique individual voice … it sounds like me.”

Mahola is not the first member to leave the band.

In 2016, violinist Kylarose Smith, who was also the band’s backing vocalist for 14 years, left to pursue other artistic opportunities.

Mahola said public speaking was important to her move as a solo artist because she wanted to tell her story of trials and tribulations before, during and after Freshlyground.

“I am at a point in my life where my story is of value to people, the lessons of my journey that I have learnt and the history that I have had. This is a central part of my public speaking.” Her last performance with Freshlyground will be at the Kirstenbosch Gardens in Cape Town on December 31.