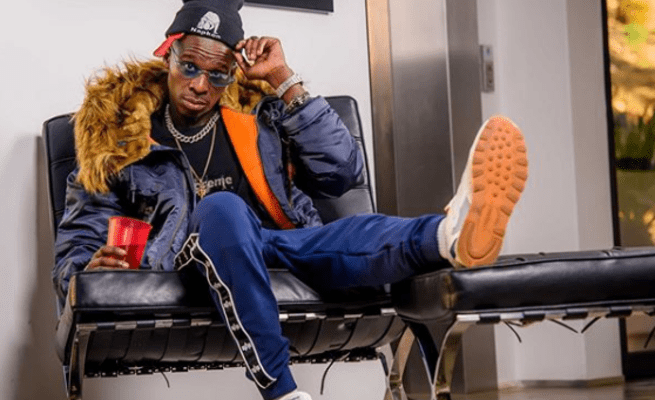 The rapper said someone got into the Afrotainment studio last week and took a USB.

The USB had an unreleased remix of his song, Sikelela featuring Babes Wodumo, Dladla Mshunqisi, and Ifani. He wrote on his facebook post that people broke into the Afrotainement studio and took only the USB.

The Sikelela hitmaker said they haven't found out who did it yet.

Speaking to the Daily Sun, Duncan he noticed that the memory stick was not at the studio last week Wednesday but thought someone would bring it back.

Duncan said something like this happened because people were waiting for the remix. He said he collaborated with people he respects a lot in the music scene and what each artist did on the song was amazing, "Dladla did something different that will shock everyone."

He told SunBuzz: “I am not sure who took the memory stick, it was last at the studio and when I looked for it, I couldn’t find it. The memory stick has the remix of Sikelela and that was the only version we had but now it is gone. It took us some time to record the song and now that it got lost just like that it saddens me.”

Real name Sphamandla Mbambo told the SunTeam that this is not a publicity stunt and that he doesn’t have any problem rerecording the song.

“If I don’t find this USB it means I have to start over again, which is not the problem but the problem is getting the artists again because they are quite busy.”