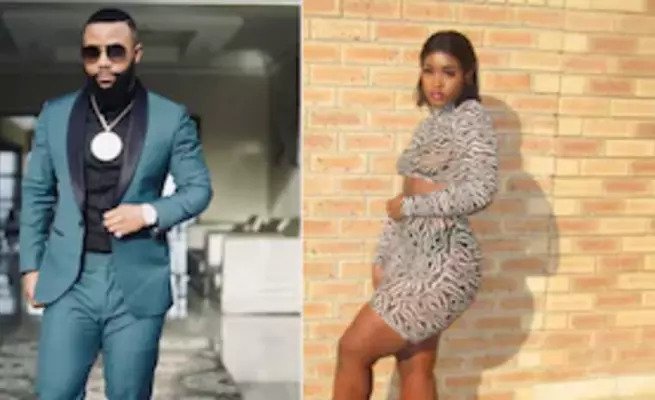 A woman’s hilarious attempt at making a couple photo of herself and local musician, Cassper Nyovest, with photo-shop, recently had Mzansi in fits of laughter

– Social media users found the edited picture hilarious, especially since the woman shared the image with the caption “haters will say it’s photoshop”

A picture recently surfaced online that had Mzansi’s social media users chuckling; the image showed what appeared to be local musician, Cassper Nyovest and an unknown woman.

The woman in the picture appeared to be a local social media user, who shared the image with the following caption: