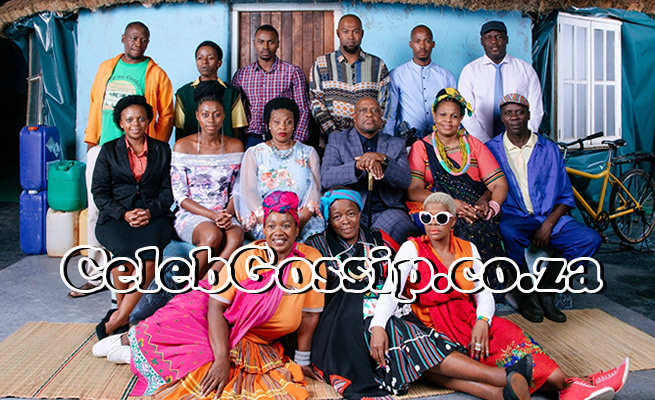 ‘Marriage should be between two people who love each other wholeheartedly,' that is what Mathabo Mothibe, who plays Khensani believes in.

But in Giyani: Giya Land of Blood her ‘husband to be' believes otherwise, he is one person who could steal, lie, or even blackmail, all to satisfy his selfish ends, want marry someone whose heart is in somebody else.

Letting go of someone who doesn’t love you go, could be a cherished strength, a character strong enough to just let go, but that is not the case with Vukosi played by Fumani N Shilubana, he believes love is just love well proposed, begged, or forced.

The plot: Vukosi starts off as a councillor, a weak and an obedient man for the Mudau family who would not question anything, when sent, he just runs, when told to jump; he questions how high and not why. However, the danger in him lies in that he was placed too close in the Mudau family getting to know everything about the family its secrets and evil deeds, the weapons he would use to get their daughter Khensani in marriage, against her will and her parents' also.

Through hook and crook he made his way up from a councillor and became a mayor and for him it was the perfect moment to marry the Mudau daughter Khensani.
He would blackmail the family, use his knowledge of their dirty secrets against them, if they try to stop him from marrying Khensani. For him the deal is done, the fish is ready for the pan.

But, will this marriage last? What else does Vukosi have up his sleeve? Move! gets a peep into the thrilling breath-taking drama ‘the wedding' on the SABC2 show.

The location of the wedding is a beautiful garden, with a panoramic view of ‘green days by the river' filled with the aroma of fresh colourful flowers and dozens of guests. Vukosi is above the moon tying the knot with the beautiful girl he loves too much Khensani, but whose heart is somewhere else. She loves Musa Baloyi (played by Wiseman Zitha).

Under duress she agrees to the marriage, not because of love, but only to save her parents, who happen to have a plan also, theirs being to eliminate Vukosi, by the hand of hired killer.

The bride’s mother, Gladys (Yvonne Chaka Chaka), doesn’t hide her displeasure she is visibly upset as the ceremony unfolds, to the contrary Khensani's father, Richard (Ndivhuho Mutsila), deceivingly seems to be enjoying each moment.

Musa, props up drunk – and tries to stop the girl he is in true love with, from marrying Vukosi.

“Musa talks her into eloping and Khensani considers it,” Mathabo (26) tells Move!. “The idea of her parents rotting in jail stops her from running away with Musa.”

As the guests to were still trying to figure the events out, the hired killer strikes, Vukosi is shot, sending the wedding into disarray.

Lovers of the show are taken back to the apartheid era, where Khensani's parents were involved in politics and had to flee the country. At the dawn of democracy, they returned to the new South Africa.

After now failing to afford city life, they then move to the village of Risinga where Gladys spent her childhood.

They were motivated by a chance to own a banana plantation that had been returned to the community after a successful land claim. It was advantageous that Gladys knew Vukosi then councillor. Gladys and Richard used him to help them buy the favour of other influential people to get the plantation.

They drew him close to the family getting to know their dirty secrets including that Richard killed Vukosi’s personal assistant and that they stole R40 million from their plantation project, Move! Unpacks the drama. Vukosi who loves Khensani is determined to marry her, and would blackmail her parents if they try to stop her.

MATTERS OF THE HEART

Fumani who plays Vukosi tells Move! that when love is not forced it is beautiful.

“Even in marriage I never want to force my ways on my wife because I too do not want to be forced to do anything I don’t want. The problem with forcing someone is when things backfire, they point fingers at you,” the 39-year-old married father of two tells Move!

Meanwhile, Mathabo describes her character as someone who would do anything for her family. She’s even giving up true love to save her 'innocent' parents, who in her eyes would be blackmailed for a crime they never committed. The actress from the East Rand in Johannesburg tells Move! that her character relates better to her father because she feels he is more sympathetic.

“My father passed away in 2010 at the age of 66. He and I were close, but it was no different to how close I was with my mom. I related to both of them differently. After my father’s passing my mom and I became extremely close,” she tells the magazine.