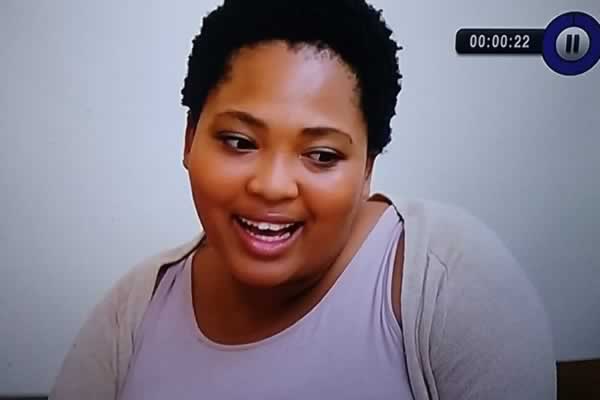 "Stop representing your friends on Date My Family if you are in love with them, it's not cute."

And this week was no different and Black Twitter continued with its analysis of the show and its characters.

It was in family number 3 that twitter started being suspicious of Sibongiseni, a female friend of a bachelor by the name of Bonga.

Black Twitter blames Sibongiseni of being jealous and for ruining Bonga's chances of being chosen Taylor.

They said she actually wanted Bonga for herself as she kept on criticizing Taylor about everything.

Twitter said she was looking out for herself and was desperate to get out of the friend zone.

Some even accused her of holding a side chick position which she was "afraid to lose".

At the end Bonga was indeed not chosen by Taylor and twitter blames it all on Sibongiseni.

#DateMyFamily not for you? kanti who's the potential date here?? ???? pic.twitter.com/Eq7dVtrSBS

#DateMyFamily they friend zoned her and now she is bitter pic.twitter.com/b95s5xbDXn

STOP REPRESENTING YOUR FRIENDS ON #DateMyFamily IF YOU'RE IN LOVE WITH THEM. IT'S NOT CUTE.

#DateMyFamily ' This girl is not our girl, she is too uptight…' Blah blah, well she is going to date Bonga not you so.. pic.twitter.com/Afmh4tLRr0

This lady is so jealous. I think she wants the guy all to herself. She's a bore. #datemyfamily

#DateMyFamily it’s either she has a problem with Tayla or she likes this Bonga guy????‍?? pic.twitter.com/2vQjKFTnk1

Bonga’s girl best friend is on her way out… and she knows it lol #DateMyFamily pic.twitter.com/iBeYb6PrOx

That one friend that makes your potential dates think otherwise #DateMyFamily pic.twitter.com/DmJNVkAYyI

This is about loose position she holding secretly #DateMyFamily pic.twitter.com/8NjewEjXvY