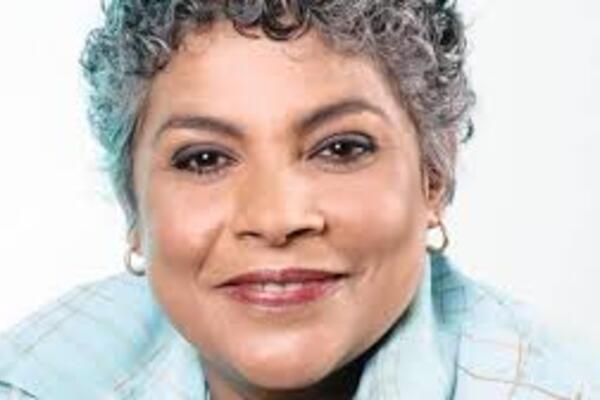 Vinette played the popular characters of Charmaine and Vivian (yes, she played the roles of both twin sisters!) and has been a firm fan favourite for a number of years.

However, recent reports have confirmed that she has officially shot her final scenes for the award-winning soapie and in doing so brought a tremendous era to a close.

At the age of 62, Vinette has enjoyed an illustrious career that has glittered with awards and recognition from key figures in the film and television industry. Despite serving a long time on the show, she will definitely be missed.

Vinette Ebrahim exits @SABC_2's @Real7deLaan soap and the iconic role of Charmaine Meintjies after 19 years; her character's last on-screen appearance will be on 24 October 2019:https://t.co/1HG2xcpOCa pic.twitter.com/YFOmq2pg7n

The 7de Laan production company, Danie Odendaal productions confirmed her departure in a statement that read, “In long-running television series, it often happens that a character’s journey comes to an end.

“After evaluating past and current storylines of 7de Laan it has transpired that all potential stories around Charmaine and Vivian have been exhausted. The time has, however, come for her to bow out with grace and flair.”

They also took a moment to acknowledge Charmaine’s popularity on the show, writing, “Charmaine is a character deeply invested in family values, friendship and service to others. Her personal and familial dynamics, challenges and family issues have kept South Africans entertained for over 19 years.”
Despite the sad news, it has been reported that viewers will still enjoy Charmaine’s presence on-screen for a few more months

Although Vinette has finished shooting, Charmaine will be on-screen until October 2019.

At present, there has been no word on Vinette’s next move but we woudn’t be surprised to see her take on a new television or film role in the near future.

She is the latest legacy actress to leave the show in recent months. Earlier this month, viewers were saddened to learn that Annelise Weiland, who played the role of Hilda for 19 years, would be leaving the show.