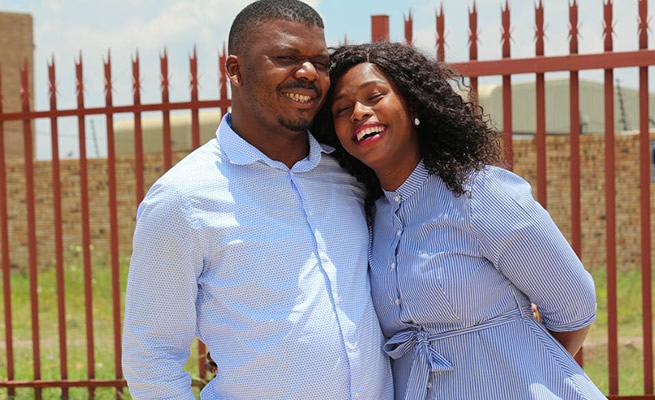 The highly anticipated #IAmBishopIMakamu finally hit the small screens on Tuesday. The show saw the controversial man of the cloth Bishop Makamu of Rea Tsotella showcasing his lavish lifestyle, walking around with bodyguards, and calling congregants "traffic", among other things.

The first episode started with Makamu going to the airport to catch a flight to officiate at a church service in Durban. Yes, the bishop flies every Sunday to preach to his congregation in KwaZulu-Natal.

“You can say whatever you want to say… you can say I’m bragging… perhaps it’s the level that God has put me in,” said Makamu.

Tweeps were shocked to discover there was an ATM at Makamu’s church, which he defended by saying “why is it okay for the taverns to have a speed point but people questioned why it's been used in the church?”.

With the plight of fake pastors in South African in recent years, we have witnessed pastors claiming to have resurrected the "dead" during the church service, sprayed pesticide into the congregants’ eyes, while others made people eat grass and snakes, and drink petrol, all in the name of religion.

Following the premiere of his reality show on Moja Love (DStv channel 157), viewers flocked to social media to express their shock at the bishop’s lifestyle while his congregants are clearly living at the bottom of the poverty barrel. Many questioned the authenticity of churches in the 21st century.

Imagine going to a church where the Bishop calls the congregation “Traffic “#IAmBishopIMakamu pic.twitter.com/zXyvWhCmSb

Poor people be making this useless pastors rich and I think this is only happening in our country. Ya'll gonna suffer till you die, I hate this kinda Pastor's. If you have a problem with this tweet then VOETSEK #IAmBishopIMakamu

Thinking of starting a church 🤔🤑 #IAmBishopIMakamu

With the first episode causing so much mayhem on the Twitter streets, viewers are waiting with bated breaths for next week's episode.