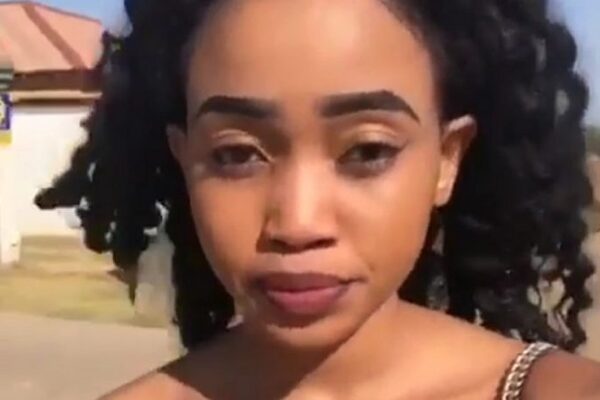 But one Cassper Nyovest fan learned the hard way that not paying attention to your surroundings can lead to an embarrassing situation.

A woman named Itumeleng Madiba took to social media to show off her moves while jamming to the rapper’s hit single, Move for Me.

Everything was going fine until some dogs in the area started barking and she had to run for her life.

Itumeleng can be heard repeatedly screaming “Voetsek!” before using her bag as a weapon of mass destruction.

“Watch till the end. Awwww shem skaat. I’m not laughing #MoveForMe,” he wrote.

Itumeleng survived the near mauling – much to Twitter users’ delight – and thanks to Cassper sharing the clip, the video started trending.

“This experience would pretty much humble anybody,” one tweep teased.

Another wrote: “Wtf! That dog is such a party popper.”

A third added: “The dog wanted to see her ‘move’.”

We think it is safe to say that Itumeleng won’t be flexing for the ‘gram – at least not while any dogs are nearby!

Only Xhosa people shout's "Futsek futsek " she's not 1 of us pic.twitter.com/RkWxCv4ITd

I'm just saying, she had it coming… The dog was just giving her love🤷🏾‍♀️ pic.twitter.com/lYBzkzLhap