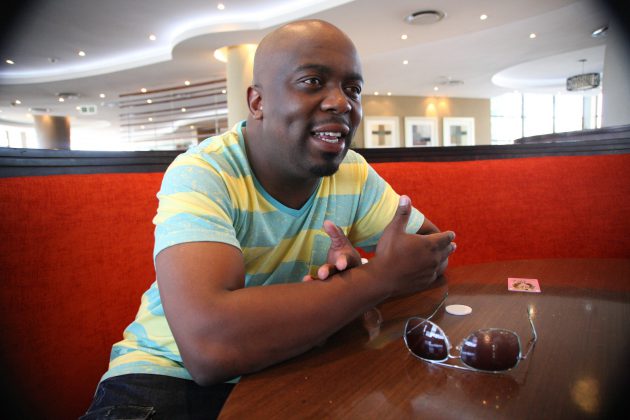 Musician and actor Kabomo is getting all kinds of heat in these streets for his role as Robert in Rhythm City, with his aunt apparently barring him from the house because of his character's behaviour.

Kabomo has won the "worst villain in Mzansi" prize in these twitter streets for his character, who abuses and traffics people on the show.

It is an emotional role and one the star says has changed the way people look at him.

"When I started appearing on screens a few months ago, I noticed that people started to look at me funny. In the past they would rush to ask me for photos, now they also back away from me and stare at me with a look of disgust," he told TshisaLIVE.

Robert's nonsense has even got his family members all riled up.

"My sister called me the other day and told me that my aunt and my dad were watching one of the episodes and my character must have done something really bad because my aunt was furious! My dad is a little more understanding, because he has seen me in a lot of shows before, but my aunt asked my sister, 'why would your brother do this? What kind of human being does something like this?' Tell him I never want to see him and he mustn't come to the house."

To get such a deep reaction Kabomo has been studying books and researching criminals.

He said that he also drew from a meeting with Karabo Mokoena's killer Sandile Montsoe. Sandile was recently sentenced to an effective 34 years in jail for murdering his girlfriend and disposing off her body by burning it beyond recognition.

"I interviewed him on Touch HD. They brought in this guy who was supposed to be this financial specialist or whatever. He came with this girl, the same one (Karabo). The scary thing is he was normal. The most fascinating thing about it was he was so normal. I am celebrating this guy and months later he goes and does something so evil. People hide this evil with a mask of normalcy. So, I drew from that experience and my research," he said.