Home Entertainment From growing up in an orphanage to being crowned Mr South Africa... 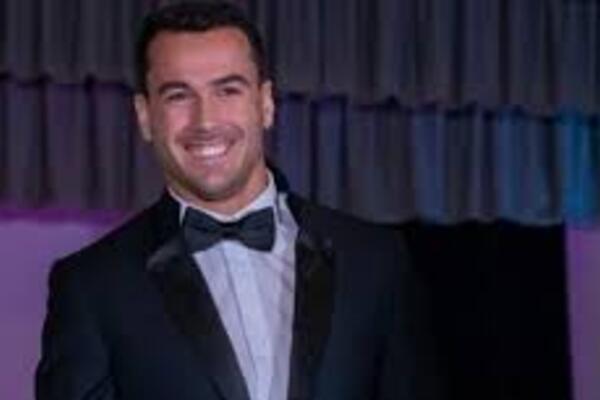 Cape Town – 28-year-old school teacher Heinrich Gabler, who was crowned Mr South Africa 2019, wants to inspire the youth of the country to be the "best versions of themselves."

The model from Wellington had a rough start in life, with a mother who worked long hours and a father battling with alcohol addiction.

At the age of nine, Heinrich's mother tragically died in a car accident, and he lost all ties with her family. Heinrich and his siblings then moved into an orphanage, where they spent their school-going years.

Despite the severe setback in life, he says he would never change anything about his upbringing, saying: "My past made me the person that I am today, and I believe that everything happens for a reason."

Growing up he always told himself that there are people who are worse off than him, and he hopes to teach people to look for a silver lining in their circumstances, and hold on to it.

He says: "Doesn't matter what circumstances you come from, always look how you can help someone else who might be worse off."

Heinrich recalls a pivotal moment in his life when he was approached by Mr South Africa 2007, Dieter Voigt.

"Dieter Voigt came to me one evening after a pageant and said: 'Heinrich, you can inspire so many people in South Africa.' He believed in me and made me think that I could dream big and achieve anything that I put my mind to.

"The fact that it came from a Mr South Africa was a fantastic feeling. And it truly inspired me to reach for my dreams, and I hope that I can also encourage people to be the best versions of themselves."

"Dieter is still a role model, and a mentor today and someone that I'm glad is in my life," he adds.

Reflecting on his Mr South Africa journey Heinrich, who fell short of winning the crown in 2017, said there were some challenges along the road.

Finalists were asked to complete different tasks during the lead-up to the Mr South Africa grand finale, showcasing their charitable work, which Heinrich says he found "difficult."

But not for the reasons that one might think.

"The most difficult, but also the most fulfilling, was the '30-days of Random Acts of Kindness' challenge. You are required to perform a random act of kindness for someone that you meet in your everyday life, and post about it on social media," he explains.

He continues: "I'm a firm believer that your right-hand mustn't see what you left hand is doing. Doing good for others is the way that I live my life, but when I was asked to post about it, I started to wonder if I was doing it for the right reasons."

ut his actions had a positive impact on his followers, as it inspired others to good as well.

About the crowning moment, he says that he experienced a feeling that could not be put into words, saying: "All I kept telling myself was: 'Wow, I've made it'."

Heinrich tells Channel24 that he wants the public to know that he never entered the competition for himself, but instead dedicated his win to "the people of South Africa."

Though the platform he hopes to inspire people, and show them that it doesn't matter where you come from if you are committed and believe in yourself anything is possible.

"I'm happy that I can do this for people who come from disadvantaged backgrounds and broken homes. The youth of South Africa need good role models, and I hope I can be that to someone as well," he adds.

He also hopes to use sport to impact the lives of those less fortunate, saying: "I have been blessed with a talent, and I want to give back."

"I want to take sporting equipment to the areas where it isn't available and also focus on motivational and coaching sessions with the kids. Because sport was my escape from reality when I was growing up," he explains further.

The former professional athlete says that he has hopes to expand his current NGO, and be a mentor the especially the young men of the country.

Heinrich will be competing in Mr Manhunt and has been working extensively on his physical appearance.

"I believe that I have the charisma, and I have been putting in a lot of work on my physical abilities. The other things come naturally to me," he says when talking about preparing for the pageant.

Henrich says that he sometimes gets "freaked out" when he thinks about the reign that lies ahead, but he is up for the challenge.