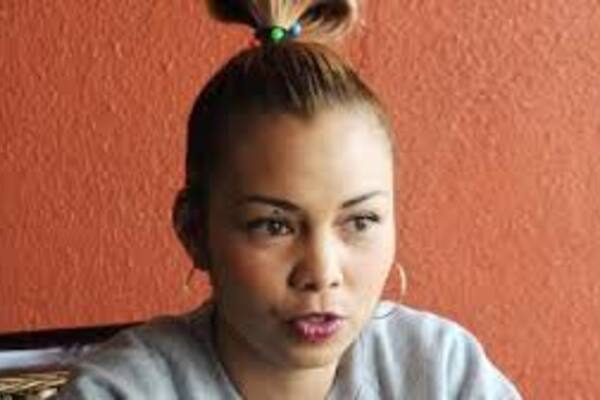 She says not only has winning the show in 2007 caused a massive rift in her family, but people who managed her career at the time also ripped her off big time.

So much so that she stopped singing five years later, instead getting a job as a receptionist “and I’ve never been happier”.

Jody was just 17 years old when she won Season 4 of the popular singing contest.

But instead of conquering the world with her one-of-a-kind voice, the now 29-year-old says her career turned into an out-of-control roller coaster ride of emotions that led to her spending cash like water and constant conflict in her family.

“Idols showed me the world, with the travelling overseas and meeting international artists. I just saw the money and a good life, but that was just the child in me,” Jody tells the Daily Voice.

“If only we had a life coach and financial advisor back when I won Idols, I think things would have been so much different.

“My father started getting uncomfortable with the people who managed me because things started looking off, because I was being conned by the agents who managed me.

“My father left his job to be my full-time manager, but we were at loggerheads a lot at times. And because he was my manager, it affected our relationship at home.”

Shortly after winning the R1 million prize on Idols, Jody bought her parents a larney house in Durbanville.

But a mere four years later, she had trouble keeping up with the bond repayments.

“The gigs were drying up, the money was getting little, you know how it goes when a new Idols winner comes along, people stop booking the old Idols,” she says.

Jody says she wanted to sell the house, but her parents refused.

“My parents were worried about what people would say if we lost the house. My father would call around for gigs, so I could be able to pay the bond for that month.

“I was crying and worrying so much. I told them I didn’t care what the people thought of me, why must I put myself in skuld to keep a face?”

She started doing gigs that she didn’t really want to.

“I did the show This is My Life with Karin Kortje. I’m not the type who can go on stage and act, but I had to do it just so we could have money to pay the bond. I didn’t want to do music anymore, I wanted to have a normal life and normal job.”

She says they eventually sold the house, and five years ago she started working as a receptionist.

“People were shocked to see my CV in their inboxes when I applied for work,” she says.

“I am so happy with what I am doing. Music ruined me as a young adult and I was yearning for stability. I spoke to my family and told them I don’t want to do music anymore. I now do it as a hobby, but I don’t want to sing for a living again.”

Jody lives with her boyfriend Nicholas Ferreira, 30, and his family in Milnerton with their three-month-old baby girl, Dakota.

Another added: “Get yourself together, the show didn’t ruin your life. Blame yourself for the decisions you made.”

A third wrote: “BS she can’t blame Idols! It’s like a drug addict blaming her friends for the addiction.”

Jody did not let the comments get her down.

“This is why some are afraid to speak up… The public can be very supportive, yet nasty. They’re human, it’s normal to be this way, but this very thing is what make others silent…

“They’re afraid to speak up… Their image, brand, sponsors, gigs, less fans, money… it’s all at risk… People will always judge, no matter who or what you are. Say your say, because you will be judged anyway.”

Regardless of what people think of her, Jody is living her best life.