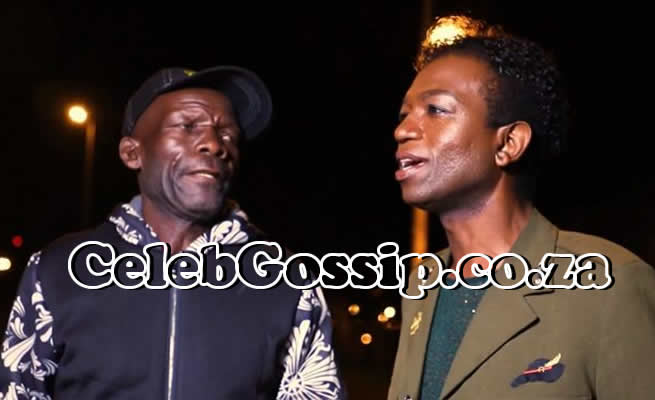 The third episode of Uyajola 9/9 aired on Sunday, and this time around, we were introduced to an elderly couple, Mme Mashane and her husband, Patrick Masedi Mashale.

A RECAP OF THE LATEST EPISODE

Jub Jub did not host the show this time, causing a row of disgruntlement from the many fans the show has already garnered.

Alas, Dr Love, the show’s co-host and producer, took us to Protea Glen, a town in Johannesburg to help Mme Mashane on her quest to explore her suspicions about Mashale’s infidelity.

The couple has been married for 33 years, and according to Mme Mashane, everything was great for the most part of their relationship.

Mashale worked hard to build a house for the family and raised his two daughters well.

However, it was in 2016 that she started having questions about her husband’s faith in their marriage.

He would make excuses for being away from home for extended periods. It always had to do with an emergency at work.

A week away from home turned to two. Mme Mashane, frustrated at this point, decided to go to his workplace to find out why her husband was forced to work as long as 20 hours every day.

However, she soon found out that this was all a lie. Without a shred of proof to ascertain whether he was being unfaithful, Mme Mashane contacted the popular show.

After an investigation, Dr Love presented the 58-year-old with the truth — her husband had been cheating on her with a woman she knew well in the community.

A heated confrontation took place in the shebeen Mashale and his lover was found in and the show ended with the 58-year-old vowing to move on with her life.

WHAT IS UYAJOLA 9/9 ALL ABOUT?

The Uyajola 9/9 show allows frustrated partners the opportunity to find out if his or her other half is a cheater or not. The show follows an intensive investigation into the shady movements of the suspected partner.

Once all the evidence has been collected, it is the host’s responsibility to break the bad news to the concerned partner. In the last two episodes, we saw a man whose wife of many years has been cheating on him make threats to the lover.