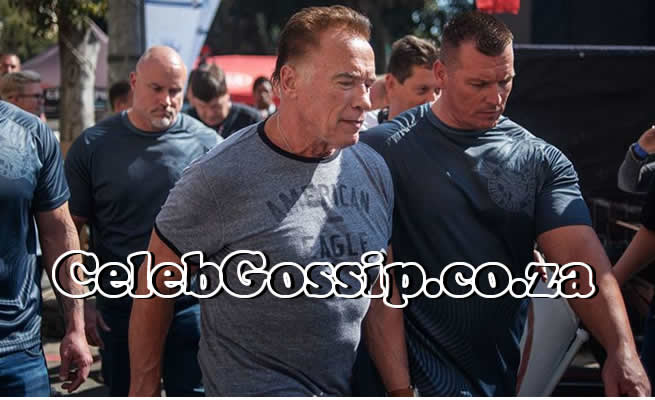 While meeting with fans in South Africa over the weekend, 71-year-old Hollywood action hero – Arnold Schwarzenegger has confirmed that he will not be pressing charges against the culprit who kicked him in the back recently.

Schwarzenegger was at an Arnold Classic Africa event in Joburg when the culprit, out of nowhere, went airborne and kicked the former governor of California.

The video immediately went viral as South Africans and the rest of the world watched in shock.


Schwarzenegger mentioned that he did not realise that he was kicked until after the incident occurred.

"Thanks for your concerns, but there is nothing to worry about. I thought I was just jostled by the crowd, which happens a lot. I only realized I was kicked when I saw the video like all of you. I’m just glad the idiot didn’t interrupt my Snapchat."

Schwarzenegger has since confirmed that he will not be pressing charges against the man who kicked him and just wants to move on from the incident.

Update: A lot of you have asked, but I’m not pressing charges. I hope this was a wake-up call, and he gets his life on the right track. But I’m moving on and I’d rather focus on the thousands of great athletes I met at @ArnoldSports Africa.

He also asked that people rather focus on the great work that Arnold Classic Africa is doing and focus on the young athletes who are trying their best in their respective sports.

Do me a favor: instead of sharing the video of the guy who wants to be famous, watch some of our @ArnoldSports athletes like this young hero proving that fitness is for everyone who deserve to be famous. They’re on my Snapchat. pic.twitter.com/EuMynJ7t1n

And if you have to share the video (I get it), pick a blurry one without whatever he was yelling so he doesn’t get the spotlight.

By the way… block or charge? pic.twitter.com/TEmFRCZPEA