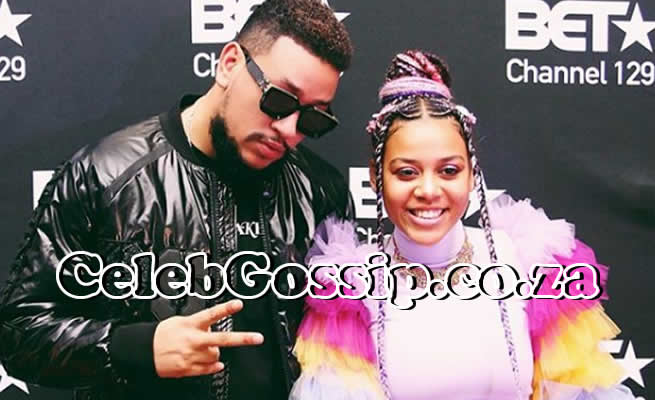 In celebration of Africa Month, a number of attendees sported more traditional looks, including broadcaster Penny Lebyane. But others such as Masechaba Ndlovu, and musicians Sho Madjozi and AKA, just winged it.

Versatile rapper Sjava won a gong at this award show last year, but was noticeably absent from Friday’s event.

The stunning Nomalanga Shozi hosted in a figure-hugging black-and-white dress. AKA was clad in all-black and some mean looking shades. The bohemian Sho Madjozi was out there in platform Nikes, channelling her inner spice girl.

The breakfast spread included purple pancakes that were a little weird.

The BET awards are perhaps an overly hyped event – seeing as this was for two categories only, Best International Act and Best New International Act – and it would be nice to see this black television network do more to contribute towards creation. Honouring our artists in a niche category is one thing, but how many collaborations come from this?

BET is aiming at intensifying its local content with projects such as the forthcoming Lebo Mathosa biopic. What really got the room going was the promotional snippet of the second season of Behind The Story with Pearl Thusi, which featured an exclusive with Babes Wodumo, who will address the physical and substance abuse that have shrouded her career.

Other nominees from across the continent include Nigeria’s Mr Eazi and Burna Boy.

AKA says he feels Sho Madjozi will take the award for Best New International Act, which they are both nominated for.

He also went on to call his last album Touch My Blood a rap album.

It did go double platinum this week, but rap?

AKA recalled his first BET Awards ceremony and how poorly the African talent was treated, and how he had to be the guy to throw tantrums to make a change so others like Sho Madjozi could benefit.