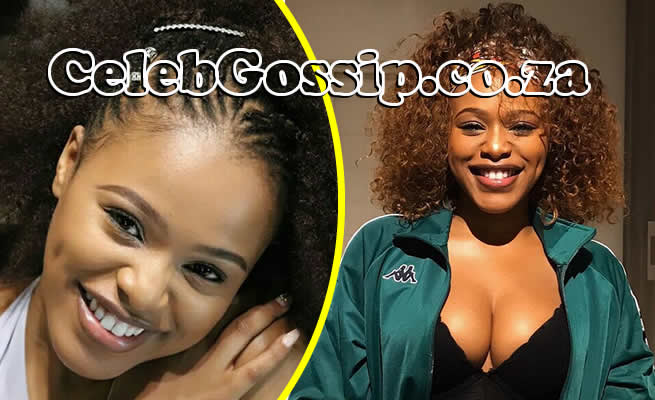 SINCE her appearance in Mzansi Magic drama, The Queen, Natasha Thahane’s acting career has soared. And the actress shows no signs of slowing down.

According to the starlet, she loves every minute of being in the limelight. This comes as the 23-year-old actress has bagged a new role in another Mzansi Magic hit drama, Lockdown. Here, she is Katlego.

Said Natasha: “My character is the younger sister of Monde (Zola Nombona). She’s quite a naive girl who has been chasing fame, much like her older sister. At the root of it, she’s actually looking for acceptance more than anything, and has lived in her sister’s shadow for most of her life. Katlego is a meek character, who’s susceptible to peer pressure.”

Natasha said she decided to join the Lockdown cast because of the drama’s storyline.

Insisted Natasha: “Lockdown is an amazing show, with a great cast and crew. I knew it was where I wanted to go to grow in this business and am thankful for the opportunity. The storyline grabbed my attention. It’s well-written!”

She said working with showbiz heavyweights such as Connie and Shona Ferguson was a great learning curve. “That J Cole line, ‘I studied the greats, I’m the greatest right now,’ defines my life. I mean, I work with legends. The Fergusons are incredible and I see them as my parents. They’ve helped me grow into the woman I am today. I’m also proud that I’m willing to learn and listen.”

Like many of her celebrity peers, Natasha is active on social media.

“I ignore social media bullying at all costs. Ignore. Ignore! I don’t entertain negativity,” said the star, who also stars in e.tv drama Imbewu: The Seed.