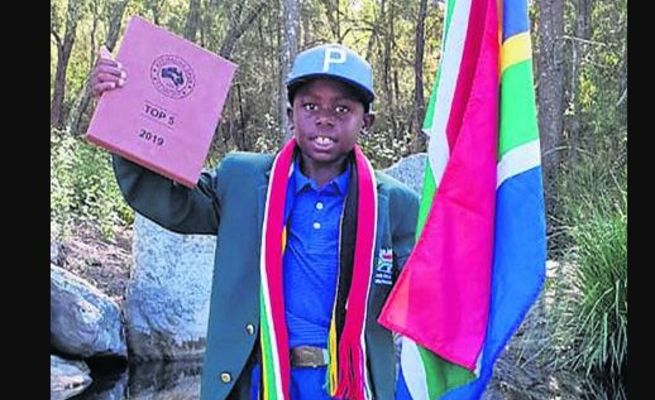 SIMTHANDILE Tshabalala has the potential to follow in the footsteps of golf legend Ernie Els.

His dad Bonginkosi Tshabalala was all smiles as his son met the target of finishing in the top five.

Although Simthandile did not get a chance to play a practice round as he arrived late in Australia on Friday, he finished strong compared to players who had about three days to prepare.

Bonginkosi said: “He struggled on Saturday but he finished strong. On Sunday his energy was back and he hit all the greens in regulation, which is a fantastic achievement for any golf player. You do not see that a lot.”

He said his son earned a lot of respect from Australia and other countries.

Bonginkosi said they wanted him to stay one more week so that his son could compete in another big tournament next week.

Simthandile, nicknamed “SimTiger” said it was not an easy task considering they had to travel more than 30 hours and arrived a day before the tournament.

“Being a sportsman, one needs to get used to such hectic travelling. I’m happy I soldiered on and finished in the top five,” he said.