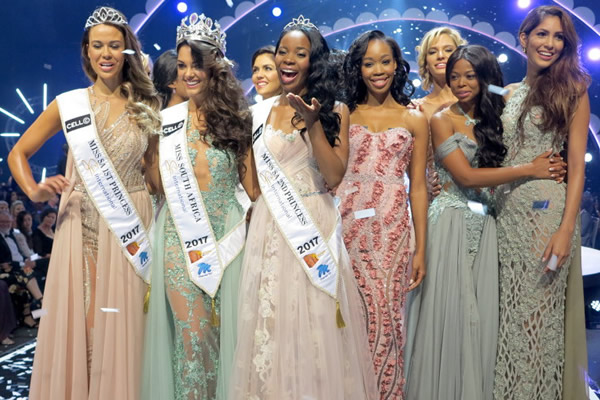 Bonang Matheba – one of the country’s leading media personalities and style icons – is the new host of the 2018 Miss South Africa pageant, this year marking the 60th anniversary of the Diamond Jubilee Spectacular, set to take place on Sunday, May 27 at Sun International’s new flagship Time Square Sun Arena in Pretoria.

“Having grown up watching the Miss South Africa pageant, I feel very honoured to be part of this two-hour spectacular in a year in which this South African institution celebrates a huge milestone anniversary,” says Bonang, who just returned to South Africa from London where she was MC at the Global Gift Foundation fund-raiser celebrating former President Nelson Mandela’s 100th birthday.

Adds Suzette van der Merwe, executive for commercial communications for headline sponsor Cell C, “Bonang is going to be a real asset to the live show. She is talented and dynamic and will be a real drawcard.”

The Top 12 finalists competing for the crown will be revealed on Thursday, 3 May. The winner will take home more than R2-million in a bouquet of prizes that makes the competition one of the richest pageants in the world.

Says Gareth Flusk, from the Miss South Africa Organisation and one of the judges, "We are working hard to ensure that the diamond jubilee will be a pageant to remember and are thrilled that Bonang is once again part of the team.”