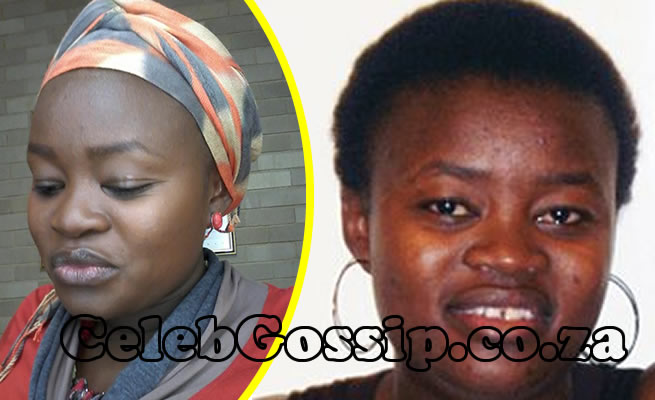 HER role was starting to take over her life. Everywhere she went people would see Susan, and after more than 12 years spent playing the character who could blame them?

It was time for something different, Maumela Mahuwa decided. And so the long-time Muvhango actress, prophet and gospel singer took the plunge into entrepreneurship and opened her own film school, the African Academy of Cinematic Arts (AACA), in the trendy district of Maboneng in Johannesburg.

This was an opportunity to emerge from her role on the long-running soapie and become something else altogether: a teacher.

And it’s been worth it, as her first group of students recently completed their two-year course and will be graduating in a glitzy ceremony this month.

She’s loving her new calling in life, Maumela tells us. Susan is great but she was desperate to show she was much more than her character. Even prospective lovers would call her Susan, she laments. “And that’s a big turn-off for me.” Today Maumela is teaching a masterclass at her film school. Petite and full of energy, she quickly changes from a casual denim dress to a sexy red number and stilettos for the photoshoot.

“Who says a prophet can’t be sexy?” she jokes before getting down to the serious business of her school.

This is no fly-by-night institution, she says. The school is fully registered with the department of education and is run by Maumela, gospel producer Dr Frank Orji and his wife, Alisha.

“We all chipped in R3 500 to rent a space in Maboneng and started redecorating it,” she says.

“After the school was done and decorated, we put up posts on social media for students to apply and also for lecturers to apply for work.”

They now have nine lecturers after starting off with just three and have 120 students compared to the 12 they started with in 2017. They had no idea how they were going to pay the lecturers when they first started, she recalls.

“But we relied on the dream of wanting to help young people who couldn’t afford to go to elite drama schools.”

The school offers specialisation in acting, filmmaking, production, sound and cinematography. Deserving students are also offered a Maumela Mahuwa scholarship. “I know what it’s like to be poor with a passion, so I created the scholarship to help students who can’t afford to pay their fees.”

MAUMELA is learning to dress up and have fun with clothes when she’s out of character, so people stop seeing her as Susan, although she’s had to keep the hair for her part. “Susan is a natural woman. She’s a traditional Venda and doesn’t wear long weaves, so I need to stay plain.”

Sometimes Maumela wishes she could break from the character people love so much.

“One day I’d love to play an extreme role, like a lesbian serial killer, just to get a break from goody-two-shoes Susan,” she says.

But don’t get her wrong, she adds, she has no plans of leaving Muvhango anytime soon and still admires her character for being a loyal wife who lives to serve her husband and family.

Although Susan has endured a lot from her husband, Chief Azwindini, she still supports him 100%. She’s been through a lot, including accusations of kidnapping a baby and the community vying for blood. She stood by her husband when he took in three more wives and stayed with him when he cheated and impregnated yet another woman.

“Susan has endured so much abuse from her cheating husband and she sometimes closes herself up and gets absorbed in her thoughts,” she says.

Maumela says she has adopted some of Susan’s characteristics without being aware of it. “I really struggle to get out of the character because I’ve played her for so long,” she says.

She makes an example of a failed relationship and how Susan has changed her.

“I was never a quiet person who would let someone walk all over me, but because of Susan I kept quiet in an abusive situation,” she admits.

In 2013 after being single for many

years, Maumela dated a man she thought was her soulmate but who turned out to be emotionally abusive.

“There were red flags at the beginning of the relationship, but I ignored them. He would say cruel and hurtful things. He’d decide who I could and couldn’t be friends with.

“He’d often tell me what to wear and how to speak. But I ignored the signs because the love was still new and exciting.”

But six months into the relationship Maumela got a rude awakening.

“He started telling me I was fat and ugly and things just became worse. When I attended church functions out of town he would call me before bedtime and we’d speak on the phone the entire night.

“He’d ask me repeatedly to tell him I love him so he could be sure I wasn’t cheating or with another man in the room. And talking the whole night was him making sure I stayed in the room.”

IT took a shocking incident to get her out of the relationship: discovering he had impregnated her then-best friend. “I was shocked but I learnt to move on. I cried, privately, and made sure I healed my broken heart.”

Looking back at the failed relationship, Maumela was happy she could escape.

“It could have been worse. Luckily I left him before the emotional abuse could turn physical because I started being afraid of him.

“It took me a long time to leave him because he could be kind, loving and affectionate and all those things women need,” she says. She’s been single ever since. “Dating is a struggle. Where do I go? How do I meet men because when they see me, they see Susan?”

While she wants a relationship, she doesn’t want to date a fan of Susan.

“I definitely want a man who is kind, respectful, loving and sees me as Maumela and not Susan,” she says.

“It’s never too late to have kids but I am in no rush – I’m willing to wait for the right guy.”

In the meantime she’ll just keep living her life, playing Susan, running her school and sharing the gospel through music and preaching.

And hope that one day, true love will come along.