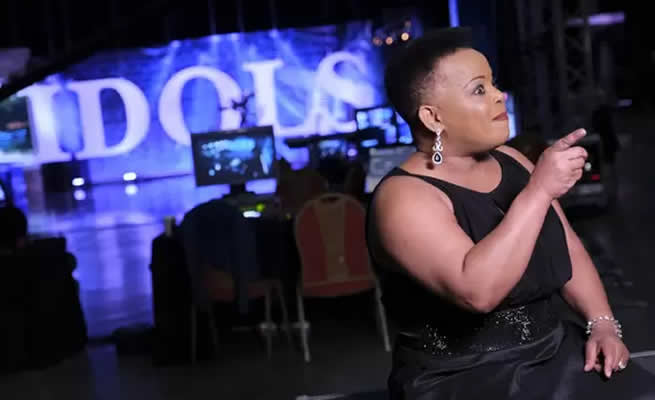 Mzansi’s biggest music competition, Idols SA season 15, is not yet on the screens but golden ticket winners are already celebrating.

Lance Florence, 27, from Cape Town’s floral town Darling, bloomed when he received the golden ticket at the Cape Town auditions earlier this year.

He says he travelled an hour and spent 10 hours in the queue waiting to perform Radiohead’s Creep for the judges.

“I was over the moon when I got the golden ticket but I immediately realised the enormous amount of pressure I had just put on myself,” said Florence.

Like many aspirant singers, he discovered his singing talent while singing for various choirs at Pentecostal churches around Cape Town.

The country is yet to see this self-taught make-up artist and fashion designer who models for his brand, with a voice that just gives you goose bumps.

He said one of his fears was being rejected by the public for his love for make-up but he has learnt to accept himself first before venturing on stage.

“I don’t do the typical pretty make-up, sometimes I’m on stage looking like a zombie,” he said.

He says learning how to do his face paintings was not easy and unintended as he was continuously bothered by what he thought were nightmares back in 2005, while in high school.

“I don’t come from much; my parents did their best to give me everything that they could and I didn’t let my situation stop me. I would be alone in that room and at that time I would only have two eyeliners and a dream.

“I used to wake up with weird images in my head and I always thought that [they were] nightmares because I would keep seeing the same faces over and over until I started to either draw or paint it.

“It was only then that I could go back to sleep,” he said.

Florence, who has performed around clubs in the Mother City, said regardless of the outcome of the competition he will still follow his dream to become a professional musician.