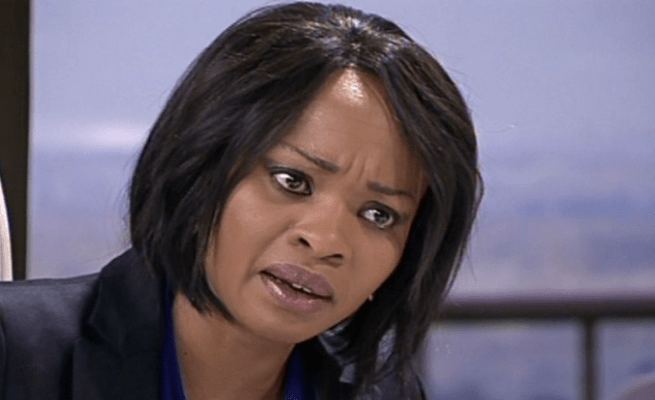 Rhythm City has just confirmed that Linda Sokhulu is the latest addition to the cast of the local soapie.

She will make her debut on the show on Tuesday, 16 April.

According to a statement released by Rhythm City, Linda will play a character by the name of Ziyanda.

Ziyanda is said to be a smart, savvy businessperson who has a dirty sense of humour. Ziyanda is also described as someone who does not take lightly to nonsense but doesn't need to prove that she's tough. To top it all off, men are very attracted to her while women want to be like her.

Ziyanda comes into Suffo's life and introducers him to a bigger world of business and power.

The two become unlikely buddies and Ziyanda shows Suffo that he is dealing with a different kind of woman and business partner.

“I am looking forward to playing Ziyanda – it’s a very challenging role. She is worldly and street smart, sexy and driver. She knows exactly what she wants and is not afraid to speak her mind. David and Suffo have no idea what they’re in for!” says Linda.

Ziyanda unwittingly challenges Suffo and Puleng’s compatibility, and ultimately highlights their very different goals. Will Puleng perceive her as a rival?

We'll just have to wait and see.