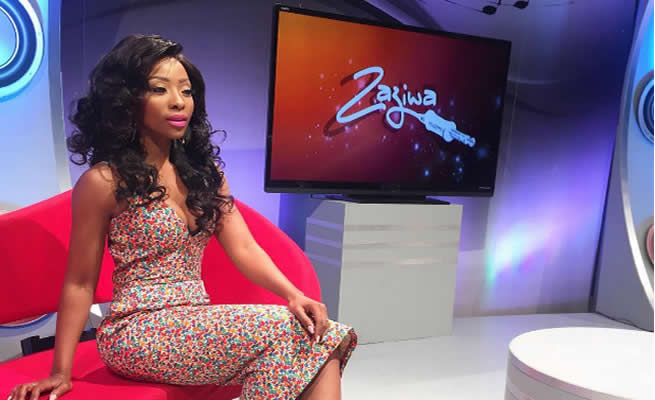 Fans are growing increasingly worried that SABC 1 talk show, Zaziwa, might not ever return and Pearl Modiadie's latest comments won't have eased those fears.

Zaziwa has been off our screens for over a year now (not including repeats) and although there's been no confirmation that it's gone for good, we think the writing is on the wall right now.

Pearl Modiadie hosted a Q&A session on her Instagram page where she spoke about her life, her romance, hosting the SAFTAs and many more topics that fans were curious about. However, when the questions about Zaziwa poured in, Pearl's answer didn't give us much hope…


The presenter wrote "When it does [return], I will put it out there right now I don't know. I've enjoyed it for the past 5 years, let's wait and see what happens next"

Pearl Modiadie hosted the show from 2012 and has also served as its executive producer. She drove it to incredible heights during her time on the show as many will remember that at one stage, Zaziwa was the top ranked talk show on South African television raking in over 4 million views.

At the time that it was moved from its Sunday slot to a weekday slot, we were simply told it was a "schedule change".

Pearl at that point was surprised but undeterred:

"As producers of the show, we have been contracted to create the content and provide it to the SABC. We do our part to make a quality production but it is up to the SABC to decide on the time and day that is best to air it,"

Since then, we simply have not seen it on air and the worries are clearly beginning to mount. Zaziwa would only be one of many recent casualties; the SABC appears to be getting rid of many of our favourite shows like Selimathunzi.

Do you think it's time we let go of Zaziwa for good or should we still hold out for a return?