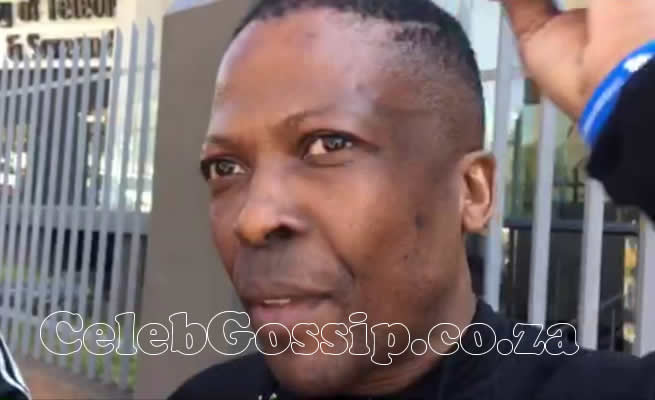 Musician Tebogo Sithathu alleges his rivals in the wartorn music industry have hired hitmen to erase him like an offtune track.

He said three gun-wielding thugs broke into his Joburg home on Wednesday and tied up his 19-year-old son and demanded he reveal the Shona Phantsi hitmaker’s whereabouts.

He said the brutes took his son’s cellphone but later gave it back, telling him to always lock the doors because izinja (dogs) that will come after they have left would not be as merciful.

Sithathu reported the matter at the Sandton police station.

The crooner, who is the chairperson of Music Association of South Africa (Masa) and Gospel Music Association (GMA), said he was aware that his rivals in the music industry were plotting to eliminate him because of his transformation agenda and discerning views.

Detailing the incident, he said the three men aged between 30 and 40 broke into his house and found his son in the kitchen. “His brother was sleeping in his room and thanks be unto God Almighty that I wasn’t home that night.

“These scumbags pointed firearms at my son, tied him up in the kitchen and searched the house looking for me,” he said.

“When they couldn’t find me they … threatened to shoot him if he didn’t say where I was.

“He maintained that he had no idea of my whereabouts and because they had taken his cellphone when they first entered, they then decided to give it back to him and apologised for scaring him but maintained that I am the one they wanted.

“They even went to the extent of warning him to lock all doors when they leave because according to them, those who will be coming later will not be as merciful,” reads his statement.

He said he didn’t understand why his foes wanted to kill him as he had taken a back seat in the music industry about three months ago. “I have been resigning from music industry leadership positions I held and have made it clear that I’m not available for any position.

“My music industry colleagues can attest to the fact that I have disengaged in a lot of industry platforms for the last three months or so because I have taken that conscious decision after realising that whenever you push a transformation agenda you become a target of malice and all sorts of dirty campaigns,” he said.

Sandton police spokesperson Granville Meyer said: “I can confirm that a case of attempted robbery was opened. The case was not yet allocated to a detective.”