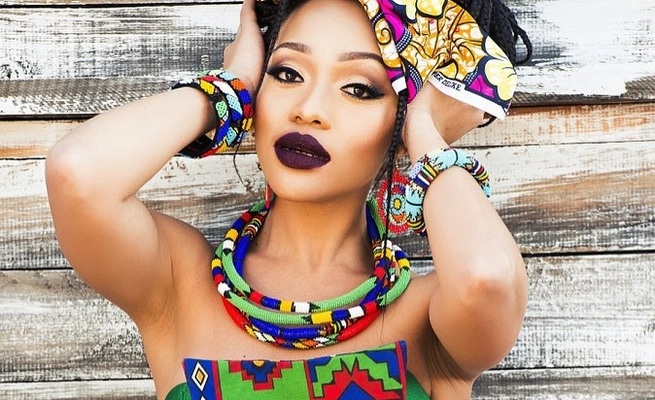 Thando Thabethe is ready for the release of her new film, "Love Lives Here" and in anticipation of the new Rom-Com, the actress has given us an idea of what we can look forward to this year.

The actress and radio presenter is taking her acting career to the next level with the silver-screen release that features Lungile Radu, Zola Nombona and Nomalanga Shozi. Speaking to Sunday World this week, Thando shared the scoop on her character, Zinhle, who will be charming audiences in the film:

"As much as Zinhle is a bit shy and nerdy, she's also very strong willed and confident, that's how I see myself, and that's where I related with her most."


Although the happily single Thando is the leading lady on set, she's sharing the big screen with some of Mzansi's most exciting actors including Lungile Radu, Andile Gumbi, Zola Nombona, Sihle Ndaba, Nomalanga Shozi and Motlatsi Mafatshe.

She touched on how their chemistry was key to the production of a great film:

"I think we all brought the best out of each other. Everyone came to the table and delivered their best performance. I also think our chemistry was quite organic."

The film is set in Durban and tells the story of "a jaded romantic, whose quests for a prince charming leaves her delusional about the idea of true love".

You can watch the trailer below and let us know if you're excited for the release of "Love Lives Here" :