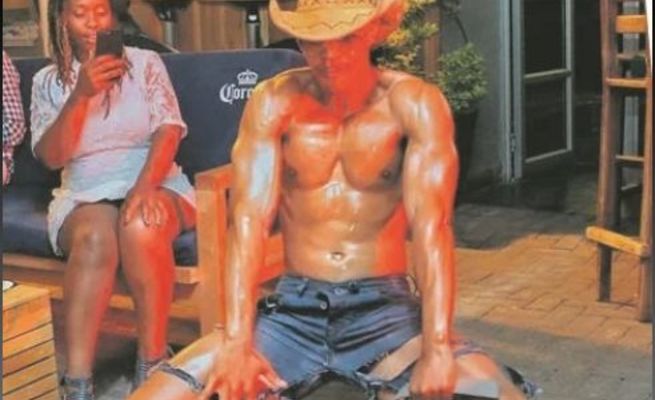 When the dancers took over the pub, showing off their six packs and strong arms, women couldn’t contain themselves.

They screamed with laughter and joy as the men entertained them.

Although the show at the pub in Meadowlands, Soweto, took place on Thursday night, people spoke about it throughout the weekend.

Owner Tebogo Phiri said he was completely taken by surprise as it wasn’t the first time they had invited male dancers.

He said they had been bombarded with comments from women across southern Africa.

“Most of these comments are from women who have expressed an interest in having private time with the dancers.

“We have received messages from women in Botswana and Zambia looking for a similar pub closer to home.”

Phiri said they received messages from men wanting to know if the pub had franchise opportunities.

There were also some men who sent pictures of their 4-5s and asked for jobs as male strippers.

Phiri said: “We don’t refer to them as strippers but as dancers because they’re not allowed to take off their underwear.

“Our dancers are not allowed to have sex with customers.

“The pub is very strict about safety and good behaviour and no one under 25 is allowed to come.”

Phiri said he first came up with the idea to have male dancers when he realised that many women were bored at night.

“The dancers are a way of marketing to women.

“However, we were shocked to find out attendance was lower on Thursday than it has been for other ladies night events,” he said.