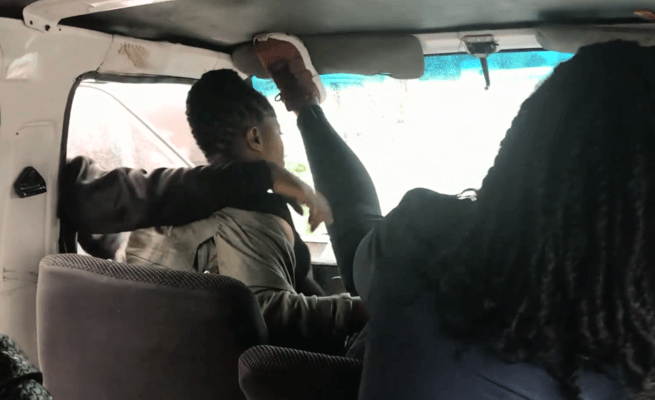 A video of two ladies exchanging blows in a front seat of a taxi has surfaced on social media.

On a day of celebrating love, one would expect Mzansi to be spreading love and peace – but these two had other ideas in their minds.

In the video, a lady who is seated behind the driver asks for change from the two ladies at the front passenger seats.

Instead of just telling the lady that they don't loose have change, they start arguing.

Out of the blue fists start flying, and the other passengers react to the fight happening at the front seat.

One of them can be heard saying: “Yey…. nizophazamisa udriver” loosely translated as “Hey stop it, you are distracting the driver.”

The lady, who is seated near the passenger door, seems to be the one with the upper hand and doesn’t want to let go of the other lady.

The passengers at the back can also be heard saying: “Split them, take out one of them out.”