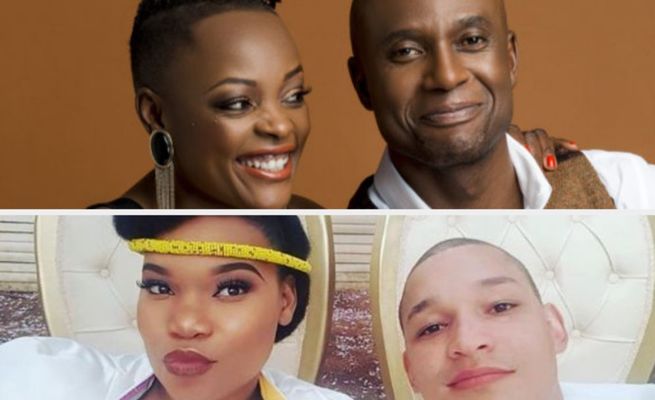 February is generally known as a romantic month, with cheesy messages of love being thrown around and couples in public displays of affection as they celebrate the much anticipated Valentine's Day.

In the entertainment industry, it is a well known fact that romantic relationships hardly last, which might be likely because most of these pairings are influenced by public image or branding purposes hence some resort to relationships that will elevate their own brand at the golden table.

Today is national Valentine's Day and we have selected well known South African celebrity couples that have managed to create real and fulfilling relationships or even marriages.

These pairings have transcended the hype that comes with dating fellow well known personalities within the entertainment industry.

The Kgoroge's have been together for more than a decade. They first laid eyes on each other at the SABC corridors, and as they say the rest is history. It is commendable how this pair handle their relationship in such an intrusive industry.

Cleo and Lehasa are super low key hence not much is known about them except that, they are together. They have been together for a whole six years and have grown their family with the inclusion of two children.

RJ Benjamin and Chantal Stanfield's stars must have aligned as they both share a common passion – Music. If they are not travelling around the world including Paris and cities around Europe, just to name a few. These two could be found making music together.

Actors, Tshepi and Brighton have been riding this love wave for several years now. Though they have broken up before, it seemed their love was just too strong to be apart from each other.

These two have been on the low down for than a decade now. One glance at them and it is evident that love lives there. There is seemingly no stopping them.

These are just a few celebrities that have inspirational love stories that we could learn from.