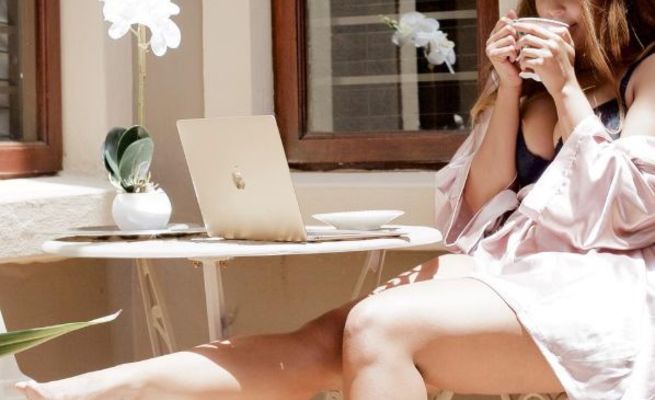 Minnie Dlamini and her husband Quinton Jones are the picture of wedded bliss.

It’s been over a year since they tied the knot, and the couple still looks as if they are in the honeymoon phase.

While Mr and Mrs Jones are fast becoming South Africa’s most loved couple, the tabloids have had a field day trying to make it seem like all it not well.

One tabloid even went as far as claiming they were on the verge of divorcing.

“Whenever the poor guy tried to talk, she’d shout at him, saying, ‘don’t you dare talk to me’,” a source told the Sunday Sun about a fight they allegedly had in 2018.

But Minnie was quick to squash the rumours.

“First I’m getting divorced then I’m fighting in public with my husband. Mrs Jones ain’t going anywhere, no matter what lies you try to spread,” she tweeted.

Minnie loves being Mrs Jones! Here’s a look at her life as a married woman.

“I love being married and being a wife is the most important role in my life,” Minnie told TimesLIVE last year.

The TV presenter often shares pictures of her hubby on Instagram showing them looking madly in love.

Minnie customised her Dolce & Gabbana sneakers to include the words “Mrs Jones”.

“I love personalised items,” she captioned an image of her new kicks.

Shortly after their wedding, Minnie revealed in an interview that she knows that her “heart is safe” in Quinton’s hands.

“He is my best friend so I always felt safe but when he went on one knee I knew that everything I was feeling was 100% reciprocal‚” she told YFM.

When they are not working, attending red carpets and family dinners together, Minnie and Quinton are travelling the world – in matching outfits we might add.

“You are my sunshine. My only sunshine. You make me happy. When skies are grey…” ok I just wanted a caption that had the word “grey” in it 🤣 and we’re totally wearing matching J’s. Look how happy I make him. #TheJoneses on our anniversary,” she wrote while celebrating their anniversary in France.

Chronicles of a housewife

Just two months after her wedding day, Minnie gave her fans a glimpse of what married life was like – kind of.

“Chronicles of a housewife,” she captioned a picture of herself working from home in a sexy gown.