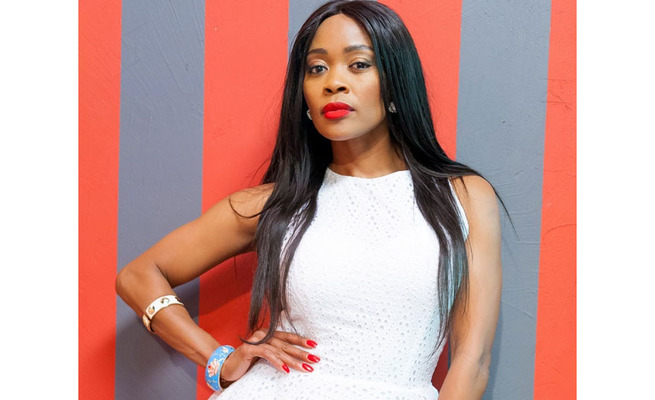 Bash (Siphiwe Mtshali) is expecting a hug and a kiss when he walks into his girlfriend Bongi’s ( Thembi Seete) house but a horror show awaits him. “He finds Bongi hanging from the ceiling,” says Siphiwe. “No one else is there and there is no blood, so he thinks that it’s suicide.”

Bash unties Bongi and tries to do CPR but it’s too late. “Her body is cold and lifeless. He calls an ambulance to resuscitate her but they tell him that she’s been dead for hours,” adds the actor. Questions race through Bash’s mind as Bongi’s body is taken out: Why did she do it? Did something happen at her party that drove her to take her life?

Bongi invited friends and enemies to a party at her record label Red, so the suspect list is endless in Bash’s mind. “She wanted everyone under one roof before handing herself over to the police the next morning,” says Thembi. Bongi planned to confess swapping the baby that her estranged husband Lungile (Meshack Mavuso) had with his mistress Lerato (Samukelo Ndlovu) in 2018 with a dying baby. Thembi adds that her character “wanted to apologise for ruining their lives, serve her jail sentence and start fresh. That won’t happen now”.

The autopsy report leaves Bash more than just stunned when the police tell him that Bongi was drugged and died before having a noose placed around her neck – and he is their suspect. “He was the first person at the scene and his fingerprints are all over the house and Bongi’s body,” explains Siphiwe.

Bash’s anger at being a suspect during questioning gives the police ammo “to paint him as a jealous boyfriend. Bash told his friends in January that things were shaky with Bongi after she used him to get closer to her enemy David (Jamie Bartlett),” says Siphiwe. The police think that they’ve got their man despite Bash’s protests. “He doesn’t have an alibi and he can’t prove that he didn’t kill Bongi,” adds the actor. At this stage, Bash is heading for prison while the real killer is free to take what they wanted now that record boss Bongi is out the way…