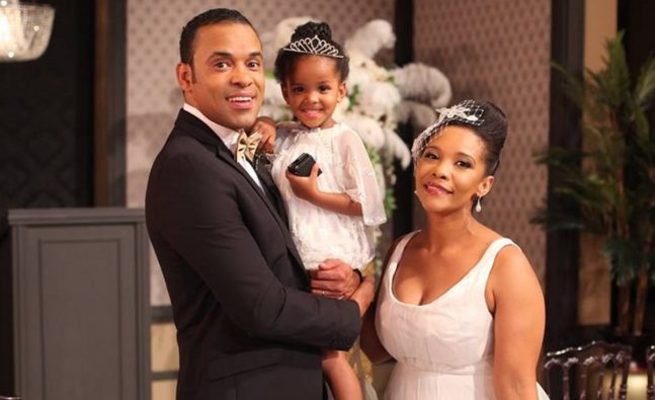 Below we have SA TV Couples Who Actually Dated In Real Life! and it’s expected because two people working in the same industry and/or the same environment day in and day out are bound to date and South African celebs are not immune to that syndrome. I mean it makes for easy pickings. And sometimes leads to ultra hot on-screen chemistry. So many couples have fallen in love on set, and the same is true for TV stars. There are couples like Clint Brink and Lorcia Cooper, we’ll never forget and those you may not have even known were together (yes, Michelle Botes and Chris Beasley were really an item), so check out these other TV couples who were together both on and off the small screen.

The pair played a couple in Backstage as Shawn and Charmaine and went on to get married. Ad played a married couple Erin and Tino on Scandal!. Before we knew it, their Backstage chemistry was all over Scandal! and they were really comfortable with each other. Fast forward – the two officially became a couple in 2012.

The bad boy Len Cooper and the sultry vixen Cherel de Villiers as they are known on Isidingo had a fleeting romance in a storage room a few years back. But, Michelle and Chris had a solid one year relationship before the broke up due to irreconcilable differences.

In the past – before Vanessa was a Meintjies – there was Sheldon and his beautiful dancing that stole Vanessa’s heart on 7de Laan. They didn’t last though. But Ingrid and Denver? They are happily married and expecting their second child.

The Vampire Diaries” actors called it quits in 2013 after dating for two years. And now, Ian Somerhalder and Nina Dobrev are rumored to be dating again. There are speculations that the pair will be getting back together and these news come with the fact that Ian Somerhalder is still married to Nikki Reed.

The Revenge stars, who play Daniel Grayson and Emily Thorne, have been together for more than a year. Even though their on-screen personas ended their engagement in Revenge, the pair seem deeply in love by the way they can’t keep their hands off each other. Aw!