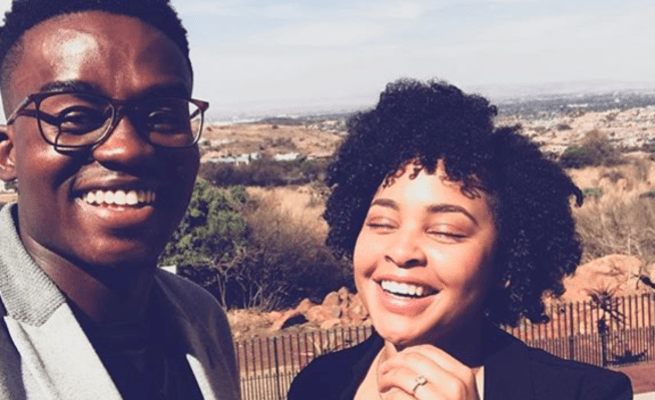 If this adorable couple secretly got engaged or married, we wouldn't be surprised. It is always an inspiring thing to witness their love blossom as each day passes.

Hungani and Stephanie are also admired by many of their supporters who have hinted that the two should one day get married. Although the couple has yet to comment on the marriage requests, we also don't think that they are pressured by society’s wish for them to get into such a union.

However, a recent post has led some of their followers to believe that the two could possibly have gotten hitched.

Hungani recently posted a message on Instagram that read:

Nothing is as powerful as your smile. It brings out your powerful beauty, it highlights your strength, And it shows a glimpse into your soul. Thank you for being in my life."

It was the 'Dear Mrs.' part that had Hungani's comments section filled with questions about them being married.

Another reason why some of their supporters believe that they are officially married is the ring on Stephenie's finger.

But then again ladies and gents, just because a lady has a ring on her finger does not mean she's engaged or married, sometimes women, like wearing rings just for the look and sometimes the piece of jewelry, does not symbolise marriage or engagement but it could simply just be a promise ring.

So before we get a bit ahead of ourselves lets just let the young couple enjoy their relationship in peace.