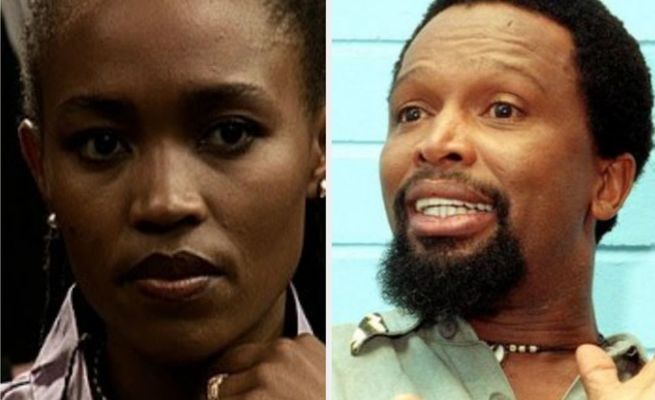 It may come as a shock to learn that the highest paid actors in South Africa may very well not be those you were thinking. The entertainment industry is one sector that lacks a standardized pay scale and the difference in what people go home with as earnings vary as far as your mind can conceive. This is so because remuneration in the entertainment industry most especially the movie/acting sector is largely based on a whole lot of determinants including talent, opportunity and above all, likeability. If you are liked by more people, then automatically, you would become more popular; a very important trait that largely determines the cost of hiring.

There is no doubt that South African soapies are among the most entertaining in Africa. We have seen the likes of Generations, Isidingo, Scandal, and Rhythm City draw millions of people who become glued to their television screens as they silently pray that the clock ticks more slowly and eagerly digest every scene in a play.

Going by the audience each South African soapie draws, it has been a common notion that Generations actors and actresses are the highest paid in the entertainment and movie industry since the famous soapie attracts over 7 million viewers every day and if statistics are anything one can depend on, it would mean that the next highest paid set of actors are surely going to be those of Scandal and then Rhythm City since they both have audiences in the range of 3 million and 2.5 million, however, things are not always as they seem – as you would soon find out.

In a recent revelation by Drum Magazine, South Africa’s highest paid actors are on Scandal and Rhythm City and if you are still wondering why Generations actors and actresses have taken over the media in recent times, it is to express their views on the state of their remuneration. It would be recalled that 16 Generations actors and actresses who had their appointments terminated for embarking on an “illegal” strike and refusing to return to work have stated that they wanted to be remunerated according to the industry standard. In a media conference, they pointed out that their salaries, which ranges from R25,000 for a newcomer up to R68,000 for the longest standing member were not at par with what their counterparts received.

Highest Paid Actors and Actresses in South Africa
According to the information gathered by the Drum magazine from various independent sources, 3 main actors stand out among others:

1. Sello Maake Ka Ncube
The man most people would recognize as the infamous, rich, influential, sly and self-centered Lucas Nyathi in South Africa’s Scandal is top of the list with a salary in the range of 100,000 to 120,000 rand per month. However, according to the magazine, Maake Ka Ncube refused to confirm his supposed 120k Rand salary. It would be recalled that Maake Ka Ncube had played a leading role while he was on Generations and has had tons of experience acquired in his 25 years of acting career. When he was asked for his opinion, he said “I fought alone, no actor supported me; I was on my own. People must fight their own battles and leave me alone.”

2. Jamie Bartlett
Jamie is one of the most popular and talented actors the country has to offer. Most people would recognize him as David Genaro, the wicked puppet master on Rhythm City; an addictive South African soapie that aired in many other African countries including Kenya, Ghana, Botswana, Cameroon, and Zimbabwe.

Jamie Bartlett is among the highest paid actors in South Africa with a salary in the range of R100k – R120k. He has been in the industry for over 30 years and there is no questioning of his talent which has earned him roles alongside major Hollywood stars like Angelina Jolie and Idris Elba.

3. Moshidi Motshegwa
With over 15 years in the entertainment industry is another name that comes up when you are talking about the top paid actors and actresses in South Africa. Moshidi Motshegwa would be better known to many as Denzela Ledwaba, a character she assumed in the SABC2 police drama series: Zero Tolerance, between 2003-2006.

She won the Golden Horn award for Best Actress in a Television Drama at the inaugural SAFTA Awards in 2006 and has also featured in several other series and movies including Flat 27, ER: an American medical drama, Generations, Hijack Stories, Joburg Blues, Behind the Badge, SOS, Hillside, Critical Assignment, Friends Indeed, Gaabo Motho, The Lab and Jozi H, Justice For All, and The African Story. She is among those who earn above the 100k – 120k Rand per month bracket.

It was reported that the trio earns as much as they do because of affiliation with agencies and production companies like Quizzical Pictures: the producers of Rhythm City who offer better welfare package for actors based on an actors wealth of experience and love received from fans. What are your thoughts? please share with us and your friends on Facebook. We are eager to hear them.