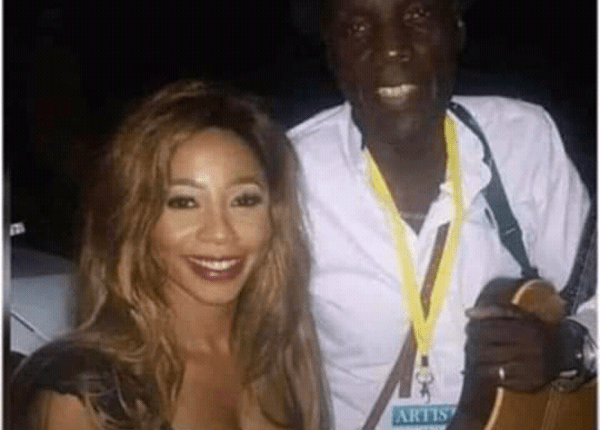 Kelly Khumalo has evidently fallen victim to a number of cyber attacks which has painted her as the person she has claimed to not be. She has for a number of times been blamed for being the cause behind the misfortunes of all her previous lovers.

Some of these lovers died, some became physically disabled and others got in jail. Even when Akhumzi passed they dragged Kelly saying everyone that comes close to her is bound to be unlucky in some way.

Now the image of her and Oliver Mtukudzi is circulating the internet with people putting on some validation to claims that people who get close to her literally have something bad happen to them.