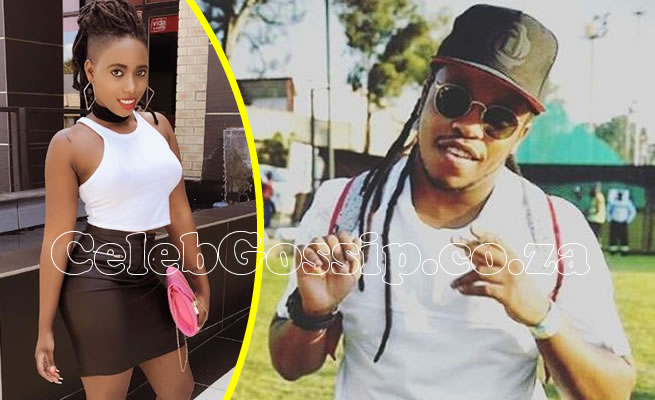 RAPPERS Gigi Lamayne and DJ Citi Lyts are proof that love conquers all. The pair, who made headlines last year for a rumoured break-up, seems to have buried the hatchet.

Insiders say they’ve picked up where they left off. According to an informant, they are back together – and seem happy.

Said the informant: “They’ve even ditched their record label, Ambitiouz Entertainment, to focus on their own thing.”

It is said that the environment at the label was destructive.

“They wanted to focus on producing good work and giving their relationship a chance,” the mole claimed. “We always knew Gigi and Citi Lyts (real name Sandile Mkhize) would get back together. They love each other. “Because of so many issues they went through last year, they’ve decided to go for counselling.”

The informant said friends and family support the decision taken by the couple.

Concluded the informant: “At the end of the day, they say they love each other and want to be better for each other.”

Another source said: “Now that they have left the label, you can see they’ve been in a toxic space. Hopefully, it’ll last, and Citi Lyts will redeem himself and prove he can treat her better. Gigi has been there for him, and it will be dumb of him to jeopardise this again.”

When called for comment, Citi Lyts said: “Yes, Gigi and I are on good terms. We’re good friends and have been cool since November. We had our differences. We both lost the one person we loved dearly, Pro, who was my brother and Gigi’s mentor. I take fault for neglecting her while dealing with my loss, she also went for counselling and I supported her.”

Said Gigi: “We’re cool. At this point, I’m pushing myself and my career. I guess when we’re going through a lot we act out of character. I’ve forgiven and moved on with healing myself.”

Last year, Sunday Sun reported that the pair broke up because Citi Lyts was cheating on Gigi with many girls. Gigi also shared on Twitter that she had endured abuse, as Citi Lyts use to beat her up.She even said she was a regular at Netcare.

Asked about the beating allegations, Citi Lyts said: “I’ve never raised a hand to her. I’ll never do that. The abuse part, she has to explain. I don’t know anything about that.”