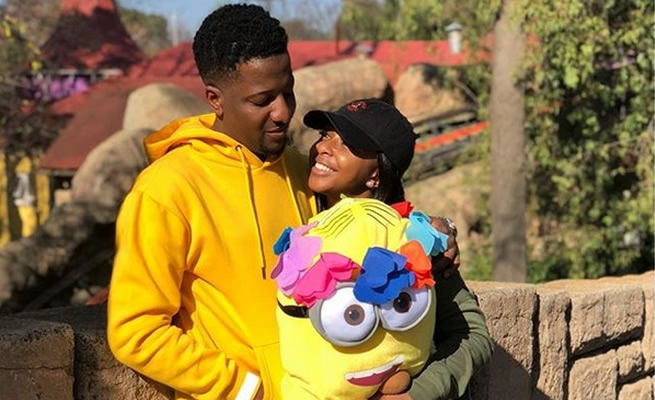 South African rapper and presenter (let’s not forget actress, model and fashionista), Boity Thulo, might just be on the market again if you believe the latest social media rumours.

Boity has been dating Nigerian filmmaker Stanley Obiamalu for the past 12 months although much of their relationship was a secret for a long time until they went public in the latter stages of 2018.

However, a social media thread from Twitter journalist, @Moosa_Kaula has fueled speculation that the two lovebirds might no longer be dating.

Moosa alleged that Boity and Stanley’s relationship was “shaky” and went on to infer that the Nigerian creative had been cheating on his girlfriend of just over a year. As well as this, Moosa has thrown the spotlight on some of Stanley’s recent Instagram Stories which seem to be throwing shade in Boity’s direction.

One such post even seemed to suggest that Stanley didn’t believe in Boity’s ancestral calling.

The post read: “‘They Called I answered’ Calling my foot! I wonder what phone number they were called on”

It gets worse; the thread continued to allege that Stanley and Boity had a few tense exchanges at the recent Sun Met this weekend; with Stanley allegedly inviting a number of girls to his hotel room while sidelining Boity:

While Moosa has built a reputation for breaking news with informative Twitter threads on social media, he has also been accused of jumping the gun or reporting without evidence.

However, this time around it looks as if his report may have some weight because Boity and Stanley seem to have deleted ALL pictures of one another on social media.

Neither Boity nor Stanley has commented on the story (while some people didn’t even know Boity and Stanley were dating!).

However Boity has been retweeting a few ominous tweets suggesting that nothing in life is permanent, including this one below:

Do you think that Boity is a single woman now or do you think we’re reading too far into the social media exchanges?