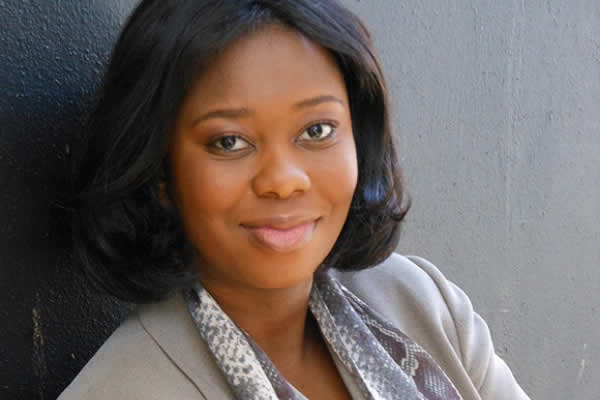 But in real life, she’s allegedly nothing like the savvy character she portrays in the weekday prime-time drama. The star and her hubby, Mohale Retlabala, stand accused of running circles around an unimpressed mashonisa. And Steyn Shabalala, the mashonisa in question, wants his moolah back.

Claims Steyn: “In November, Mohale asked me to lend him some money. But I told him I didn’t know him. I also asked him if he was married and he said he was, so we went to his house.”

Insists Steyn: “They both own a company contracted to provide extras for Skeem Saam. But they didn’t have the money to pay those extras, which is why they came to me. I then transferred R50 000 into Mohale’s account in the wife’s presence at their Ruimsig home. He’s supposed to pay back R75 000, but since the end of November, he’s been giving me the runaround.”

In an attempt to collect his money, Steyn parked outside the couple’s home.

“But when the husband returned and spotted me, he made a run for it to the Honeydew Police Station, where he filed an affidavit,” Steyn says.

Seen by the SunTeam, the document reads in part: “I Mohale Percy Retlabala will pay Steyn Shabalala R112 000 on 31 December 2018. Should I fail to pay, I will hand over my car (a VW Polo). Mr Steyn Shabalala must stop threatening my family or extended family.”

But Steyn denies threatening his family. “As I’m talking to you, I’m parked outside their house, waiting for them to come home. Honestly, I think because Mohale is married to a famous wife, he’s trying to maintain a lifestyle he knows they can’t afford.”

Another Mashonisa, Thulani Mbatha, also said Mohale borrowed money from him and is yet to pay it back.

“What I can tell you is Mohale is a liar who goes around scamming people,” says a fuming Thulani.

Mohale claims there was a restraining order issued in December against Steyn because he has been harassing him.

“Even yesterday the security guard at my house told me he was parked outside. He even tried to hijack me twice and told me he was going to shoot me. You guys can go ahead and publish the story because if you do, cops will arrest him because he’ll be breaking the terms of the restraining order.”

But Steyn denies Mohale’s claims: “He [Mohale] doesn’t even know where I stay, so how can he say there’s a restraining order against me, and if I had tried to hijack him, wouldn’t I be in jail by now? He’s a pathological liar, who believes his own lies,” said Steyn.

Phophi ignored our calls and when the SunTeam sent her questions on WhatsApp, Mohale phoned us and said Phophi has asked him to respond to our WhatsApp messages on her behalf.