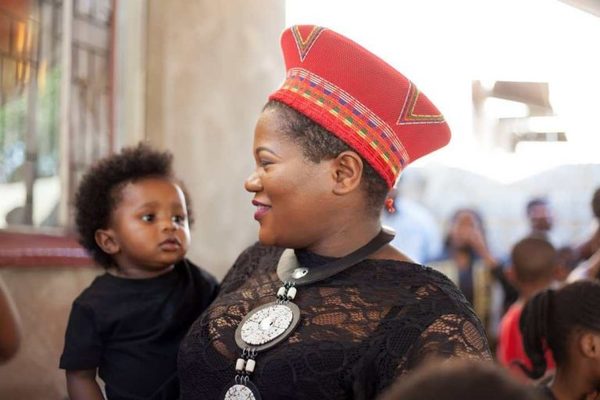 House and Gqom music sensation, Busiswa Gqulu’s first-born son has celebrated his birthday like no other one-year-old.

Busiswa and her baby daddy, Katlego Mlangeni were blessed with a little bundle of joy on the 10th of January 2018.

The baby boy, named Lakhanya, is obviously now one year old now and a bash was in order.

To celebrate, the proud parents threw a kasi party this past weekend surrounded by some of the kids from the neighborhood.

Busiswa is one of South Africa’s most loved musicians. The starlet has been in the entertainment industry for several years and over time, she has become a bonafide star.

“We celebrated ekasi lakhe & I hope every year on his birthday I can remind him to be a sharing KING,” Busiswa said.

The musician gave birth a year ago and recently, she threw her son, Lakhaye, his first birthday party.
Shortly after Busiswa gave birth to her first baby, she kept her child’s face off social media.

However, after sharing the first picture of her child earlier last year, the singer has been open about her journey as a parent.

During an interview with Bona, the musician revealed that she and the father of her child rely on each other for support when it comes to this journey.

Katlego and I are figuring out how to parent by working together. Whenever we get frustrated we turn to each other for support,” she told the monthly publication.

The Black Panther-themed party was thrown in someone’s house where the kids dressed up, had face paint and had the time of their lives.

Motherhood is not the only thing that the singer has been blessed with in the past year. The singer is one of the artists who owned 2018 for sure!