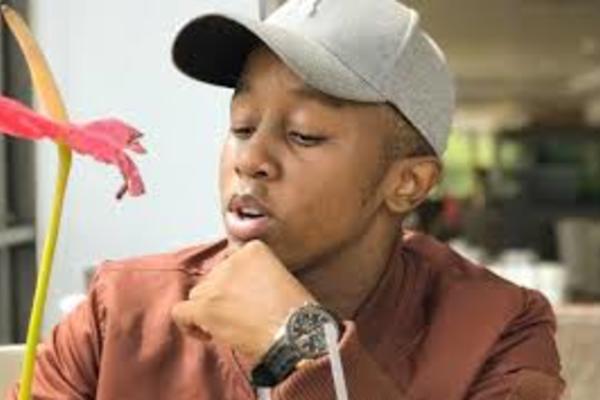 A couple of days ago, Junior De Rocka and his baby mama, Ntando Duma had a Twitter fight after Ntando alleged that the DJ is not paying maintenance for their daughter, Sbahle.

During their Twitter showdown, Ntando accused the father of her child of allegedly physically assaulting her after finding him in bed with another woman.

Despite the drama, Junior De Rocka is living his best life with his girlfriend in Thailand, and taking to Instagram, the media personality showed his girlfriend love on their anniversary.

“No matter where I go in life, I’m happy knowing that I have a wonderful woman like you by my side. Your beauty, grace and strength are a constant source of inspiration. Happy Anniversary My Love ❤️❤️ I’ll always Love you 😘,” he wrote.

Junior De Rocka has been making headlines in the past couple of weeks, a few days before he got into a Twitter spat with his baby mama, the DJ posted a video of a man who was reportedly racist to him.

In the video, the man appears to be antagonised by De Rocka and his friend who insist that a racially-motivated altercation has just occurred. However, in the absence of evidence that any such exchange took place, social media users quickly honed in on the DJ instead – focusing on how unprofessional he was for being an hour late.