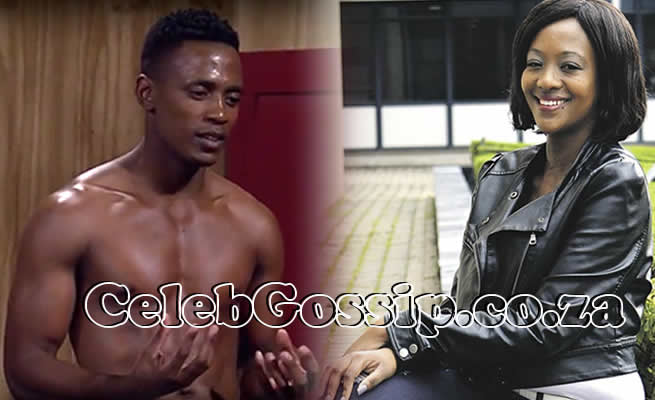 HELL hath no fury like a woman scorned. This is a lesson radio presenter Lerato Mabiletsa had to learn the hard way after being accused of cheating with Isidingo actor, Pholoso Mohlala.

According to insiders, the actor’s girlfriend, Lindiwe Nhlapho, was unhappy about his “late-night meetings” with Lerato.

Said an informant: “Pholoso has recently started having meetings with Lerato, and they both claim it’s work-related. But it seems Lindiwe isn’t convinced. She sees Lerato as a threat and thinks the presenter is using her man to gain fame.”

The source claimed Lindiwe tended to lose her mind whenever she found out her man had been with Lerato.

“Lindiwe always threatens to bewitch Lerato whenever she hears Pholoso had a late-night meeting with her,” said the mole.

Another source insisted Lerato was bothered by the witchcraft threats. Said the source: “Lerato is worried that something will happen to her. Since her relationship with Pholoso is strictly business, Lerato doesn’t understand how her friend can be with a crazy woman. She and Pholoso have been together for a year.

“Yes, the girlfriend is accusing me of dating Pholoso as we’re always together and that’s because we have a song together titled Dance,” she said. “We meet up to rehearse, especially if there’s a gig coming up. I’ve been traumatised by this whole ordeal as she threatens to kill me. I don’t know if I should run away or not.

“I told Pholoso about what his girlfriend was doing and he said he’ll never stop working with me. It’s funny because when I was first introduced to her she was nice, but now she’s harassing me and talking about witchcraft. I’m starting a career and won’t let such things affect me.”

Asked to comment, Lindiwe said: “That happened a while ago. I’m no longer harassing her. Yes, I did say I’ll bewitch her and her neighbours, because of what she did. Yes, I said I’ll even bewitch her mum and members of her social club. But we’ve let that thing go.”

Pholoso said: “Didn’t your source tell you that Lerato and I work together? I’m a producer. She told me about this whole thing as a business person and a friend, and I told her to relax, nothing will happen to her. In relationships there are insecurities, and this is just that – insecurities.”

He laughed the witchcraft claims off, saying he would not get involved.