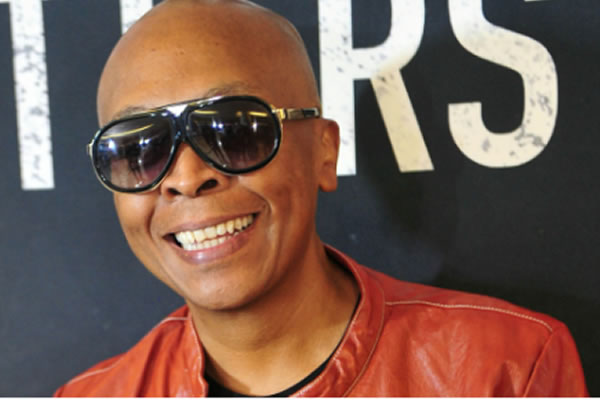 Two love children of the late Afro pop legend and musical genius Robbie Malinga have spoken out for the first time since his passing in 2017.

The two adult children, whom Malinga sired before his marriage to Ann, let the cat out of the bag after the Southern African Music Rights Organisation (Samro) kept them waiting for almost a year to pay them their share from Malinga’s royalties.

Tumelo Moloisane, an unemployed college graduate from Mahube Valley in Mamelodi, Tshwane, told Sunday World that he got a call from someone at Samro after his dad’s death asking him to submit an affidavit and banking details because he was in line to get money from Malinga’s royalties.

Moloisane, 27, said the call came as a shock to him because he didn’t know his dad had made him one his of his beneficiaries with Samro.

“I immediately did as was asked and submitted all the documents required. In my affidavit I mentioned that I was Malinga’s first-born child but only to be told I was not. I was then asked to make changes on the affidavit and resent it, of which I did,” Moloisane said.

He said it was through Samro that he learned he had a sister, who was older than him.

Moloisane said his mother had told him about Malinga when he was 17 and connected him with the musician’s family.

“I then started to visit my grandmother and aunt in Meadowlands in Soweto. My grandmother passed away in December last year before she could bring us [the children] together. It was her dream to see me and my father’s [other] children meet before she died.”

Moloisane said after all submissions were done, Samro went quiet.

His mother, who asked not to be identified as she had moved on with her life and was now married, confirmed that she had a child with Malinga but would not comment further.

Another Malinga love child is 28-year-old Lerato Mothuping of Orange Farm, in the Vaal. She works as a coordinator at a fast food restaurant.

She said she knew since she was a young child growing up in Diepkloof, Soweto, that Malinga was her father.

“My mother told me about Malinga being my father but never explained why their relationship didn’t work out. But I had a relationship with my father because I would visit his mother’s house and he would come see me.

“During that time he would only give me R200 or R500 and tell me to buy anything I wanted. He never really sent money to support me,” she said.

Mothuping said she wished she had a close relationship with Malinga and also that he had brought his children together before he died.

She said she attended the memorial service and funeral of her father but claimed she was sad that her stepmother Ann was hostile towards her.

She too said that she got a call from Samro and was told there was money she was going to get from Malinga’s royalties.

“I was asked to submit an affidavit and my bank details but never got feedback from Samro till today,” she said.

Her mother Dorcus Mothuping confirmed that she had a child with Malinga and he knew about it. She said she had a relationship with him before his music career blossomed.

Dorcus claimed he abandoned them when his music career started flourishing.

She also said that Ann knew about her daughter but she was shocked about the alleged hostile treatment Ann’s family gave her daughter during Malinga’s funeral.

“Ann’s family ill-treated her at the funeral. They asked what she was doing there,” she said. Mothuping also confirmed that Samro called her about the money but they had never heard anything from them since.

Both Mothuping and Moloisane had no idea how much they would get from Samro.

Malinga’s sister Nomsa Malinga also confirmed that her brother knew about his children. She said when both women fell pregnant, their families brought them to the Malinga household and his brother acknowledged that he was the father.

Nomsa said Ann knew about the children all along and that was why she was shocked after the death of her brother when Ann denied knowing about Mothuping and Moloisane.

“She accused my family of picking up streetkids and claiming they were my brother’s children. She accused us of using the children so that we could get access to my brother’s money.

“That is not true because Samro called us and asked us if Malinga had other kids outside marriage and from there, Samro was directly in contact with the children, not us,” Nomsa added.

Ann had not responded to calls and messages at the time of going to print.