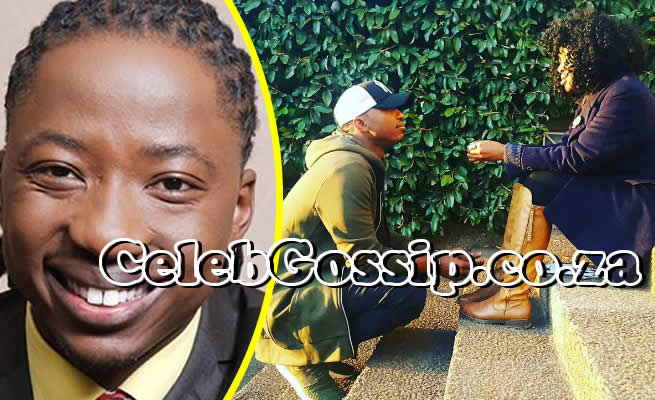 IT’S been expressed that one man’s ex-lover is another’s treasure. And SABC sports anchor, Andile Ncube, has been rumoured a testament of this adage.

According to sources close to the situation, the couple has been dating for more than a year. Claimed an insider: “They’ve even gone as far as meeting each other’s families and kids.”

According to the informant, Andile is head over heels in love. The mole said they met through a mutual friend and it was love at first sight.

Sebabatso was married to DJ Choice (real name Kgethego Chokoe) and they have a baby together.

“They’ve managed to keep their relationship private,” the source said. “Andile has learnt from his past mistakes and doesn’t want to put his private business out there.”

Another source said Andile’s daughter also gets along with Sebabatso.

“She’s super sweet and a good person,” the source said. “They have a lot in common. They both have daughters, who are the same age and both are divorcees.”

Said the source: “Rosette would never leave her daughter with someone she doesn’t trust. She’s cool with Sebabatso and they get along.”

The source claimed Andile might propose before the end of the year. Insisted the source: “They practically live together. Andile’s family loves her. He takes her everywhere he goes. She’s even won Andile’s friends’ hearts.”