Home Celeb Gossip Somizi and Bonang Matheba who broke up after a nasty betrayal finally... 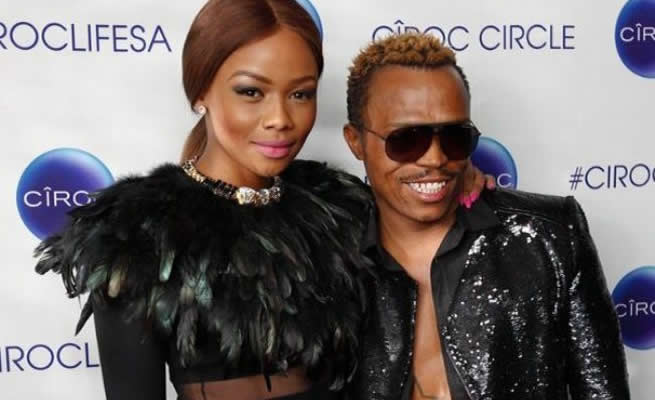 BEFORE Lorna Maseko became Bonang Matheba’s bestie, Somizi Mhlongo held that position for quite some time.

The pair broke up after Bonang felt that Somizi had betrayed her. After months of snide remarks from both parties and a nonexistent relationship, it became clear to South Africans that Bonang and Somgaga would never get along.

The media personalities shocked us all when they recently took a photo together and looked quite friendly. Fans are happy that the former friends are moving on from the past.

In December, Somizi posted a picture of himself, Bonang and other celebrities who were part of the SABC1 Tropica Smooth Fan competition show, where fans are quizzed to find out how much they know about their favourite celebrities and stand a chance to win prizes.

In the photo, Somizi was standing right next to Queen B and they were hugging like good friends. Judging by the Instagram comments, many were pleased for the two and urged them to work on their relationship in the new year.

In the past, Somizi and Bonang were inseparable, but that changed. On his reality show, Living The

Dream With Somizi, the choreographer opened up about why he and Queen B were no longer buddies.

He claimed that the last time he spoke to Bonang she was in Mauritius and she was telling him how much she was missing him. “Next thing

dololo (nothing),” he said. “What I hear is that she thinks or she was told that I told Zinhle about her relationship with AKA. But why? Why would I do that to her? I want the three of them, Zinhle, AKA and Bonang, to sit down and tell me who said that I said that.”

After months of not talking, it was awkward when Somizi bumped into Bonang at an event and she gave Somizi what social media calls a ‘fake kiss’.

Through her book, From A-B, Bonang gives her version of events. Referring to her relationship with ex-boyfriend DJ Euphonik, Bonang wrote, “It took me a while to leave that relationship and years after I had, Somizi, who was my friend, suddenly became friends with my ex. The same one whose violence towards me he had witnessed. That’s when I knew he (Somizi) had to go. I couldn’t trust him anymore, so I cut him out of my life.”

Bonang and Somizi were not available for comment at the time of going to press.