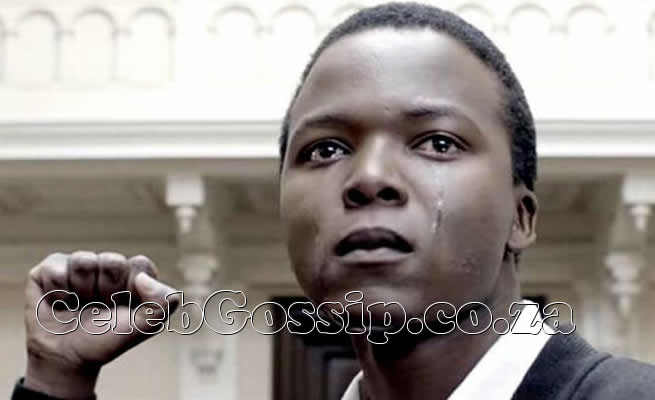 Kalushi leading actor Thabo Rametsi is seeking justice after he was allegedly brutalised by a group of Johannesburg’s Community Policing Forum (CPF) members over the festive season.

Renowned for his other roles in Lockdown, Hard Copy and Homeland, the 30-year-old actor told Sowetan yesterday that he was “kicked and punched” by the mob in Marshalltown, Johannesburg CBD, when trying to defend his stylist friend Miahs Moloto.

At the time he was also with his actress girlfriend Bokang Phelane and filmmaker Vanessa Mojapelo.

According to Rametsi, they had just collected clothes for a fashion photo shoot when six men approached Moloto.

“Out of nowhere six guys came out and grabbed him [Moloto] by his arms and started going through his pockets. I thought he was getting robbed and as I went to stop these guys, some tall guy comes and shows me a police badge – but they are all dressed in civilian clothes,” he said.

“So I’m like ‘I don’t care what you guys are doing, you can’t hold and treat him like that because you haven’t explained anything to him’. As I do that he tells me that I’m disrespectful.”

He said it was at this point that he was mobbed and beaten.

“Out of nowhere a bunch of people just grabbed my arms and they were wearing orange and blue uniform with the police emblem on them. This one tall guy smacked me across my face and a bunch of them just came and started beating me – I think it was more than 20 of them.

"This one guy asked for a whip. They gave it to him and he whipped me three times – one time across the face and the back. This one guy came and grabbed me by the balls. I heard from a friend and I’m not sure, but the only reason they stopped beating me was because someone mentioned that this guy is an actor.”

“They told us they are trying to clean Joburg. It made me feel so vulnerable and unsafe. These are the people that claim to protect, but at the same time they are harassing people on the street. I felt so humiliated and scared for my life. Now, I don’t know who to trust.”

Rametsi opened a case of assault at Johannesburg Central police station. He’s in the process of lodging a complaint with the Independent Police Investigative Directorate (Ipid) and also pursuing a civil case.

“I have called a representative from Ipid, he asked me to send him the case number and told me to call him tomorrow. I have also communicated with a civil lawyer and I’m just waiting until he comes back from holiday next week.”

Police spokesperson Colonel Lungelo Dlamini confirmed a case was opened against CPF members and has since been closed, but he couldn’t provide the reason.

“…on the system the case shows that it has been withdrawn but I still have to get hold of the investigating officer to find out why the case was closed,” he said.

Ipid spokesperson Moses Dlamini said: “This matter has not been reported to the Ipid by the SAPS – we will follow up.”