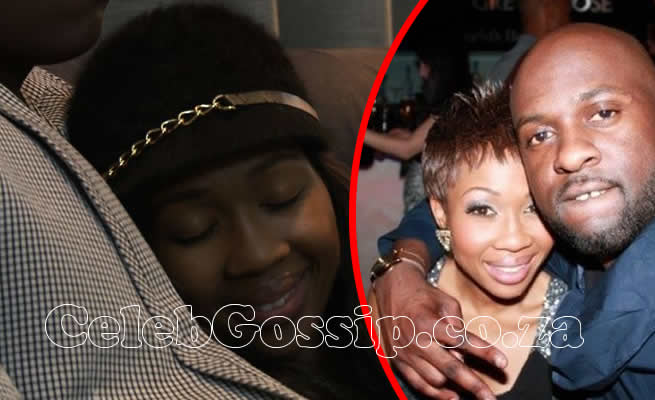 BEFORE Blaklez, real name Lesego Moiloa, was known as a rapper, he was already famous for dating Metro FM’s radio host, Dineo Ranaka. The pair’s relationship was in the public eye and so was their ugly break-up.

The ex-lovers have a five-year-old daughter together and the rapper says they have put their differences aside and made peace for Kopano’s sake.

When the rapper first made an appearance on his then girlfriend’s reality show, Dineo’s Diary in 2013, people thought that he was using the famous personality to make a name for himself. And then when he dropped hits, it was said that he only got attention because he’s with the media personality.

But five years later, without Dineo, the rapper is still one of the most respected local hip hop artists with three albums under his belt. Things unfortunately didn’t end well for the pair.

Their break-up was aired on TV and they took it all the way to social media where they called each other out a couple of times. However, their recent social media posts suggest that they are now seeing eye-to-eye.

The rapper sends Dineo birthday shoutouts and on Mother’s Day, he thanked her for blessing him with a daughter and called her a superwoman. In a radio interview, Blaklez confirmed that their relationship has improved.

“She’s one of the most misunderstood human beings. She cares so much about people and her surroundings,” Blaklez said.

The hip hop artist, who once said Dineo was not wife material, says time has helped them work things out.

He says once they came to the realisation that they have no control over time, they knew that they had to make things right. He says they created a beautiful life and that if they continued in the path that they were on, their daughter would also walk in the same path of bitterness, destruction and brokenness.

“You don’t want to spend every moment of your time being bitter and upset because it holds you back,” he says. The Freedom or Fame hitmaker says Kopano is a combination of both him and Dineo. He describes her as intelligent and inquisitive. Blaklez hopes that even though they are no longer together, their child will use their civil relationship as an example of what a good relationship looks like.

“She can see that there is a possibility that although people are not together, their brokenness can be healed,” he says.

When Move! contacted Dineo, she was on her way to fetch her kids from school. She declined to comment on the nature of the relationship she has with her baby daddy but shared that she’s in a healthy and happy place.