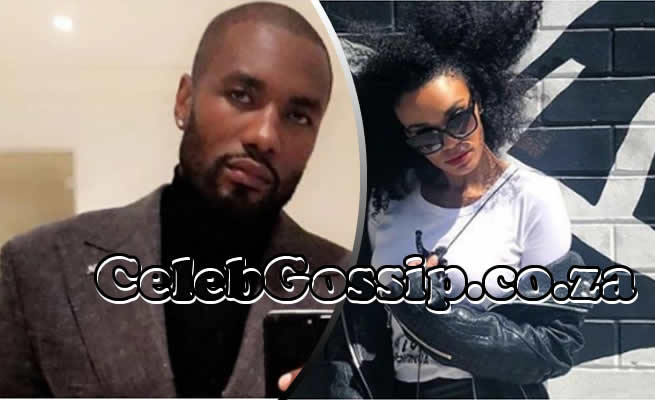 The 29-year-old athlete is a Congolese-Spanish professional basketball player for the Toronto Raptors.

The former Quantico actress has been keeping her love life under wraps following her breakup from sports journalist Robert Marawa in 2017.

According to reports the new couple first met at the NBA Africa Games in August, hosted in Johannesburg, in 2017.

The rumour mill started spinning when Pearl and Serge shared similar photos from a trip to Barcelona in July 2018 on their Instagram Stories.

Pearl and Serge shared photos of a similar tableware, which made it appear as if the pair were dining together.

A tipster told sportsgossip.com that Pearl has been spotted at Serge's home on Instagram Stories and attended several of his basketball games with Qauntico assistant, Jennifer Din.

The site also leaked a video reportedly taken in July in South Africa, where you can see Serge and Pearl in the background while actress Gabrielle Union – who is also married to Miami Heat basketball player, Dwyane Wade – records the video.

Pearl posted a photo of herself holding her mystery man's hand on Tuesday, writing on Instagram: "Merry Christmas everyone."

Prompting further speculation, a fan claims to have spotted the couple in South Beach, Miami on Tuesday.

"It was awesome to bump into @PearlThusi and her boyfriend @sergeibaka on Christmas Day in South Beach! I am a big fan of Quantico," the fan tweeted.

It was awesome to bump into @PearlThusi and her boyfriend @sergeibaka on Christmas Day in South Beach! I am a big fan of Quantico! It was so nice of her to take a photo with me in the middle of her dinner! pic.twitter.com/eBi6W5ir5K

On Wednesday Pearl partied with Gabrielle Union in Miami, after catching a NBA game between the Toronto Raptors and Miami Heat.

Pearl and her famous friends headed to Hyde AmericanAirlines Arena after the Toronto Raptors' win, where they partied until late.

*Attempts to reach Pearl for comment have been unsuccessful.