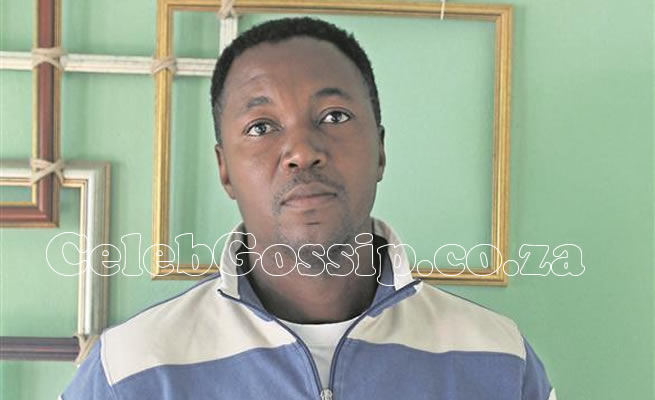 The love song that Limpopo gospel artist and Skeem Saam actor Mphoza Mashabela has been singing for his wife of 23 years has reached its epilogue.

And the end was not without drama for Mashabela as his wife Tony Mashabela dumped him via WhatsApp and vacated their matrimonial home in Mokopane, Limpopo.

Mashabela’s teacher wife told Sunday World that the artist cheated on her with more than 30 concubines and that she could not take it anymore.

She also accused the chairperson of the Limpopo Artist Movement of being a lazy husband who failed to do the simplest of duties at home.

“He is unemployed, but every time I return home from school I must change faulty light bulbs and also do the garden. What kind of a man is that? He even bad-mouths me in public,” she said.

So serious is the acrimony that Mashabela has asked the police to intervene.

This after Tony allegedly ripped the stickers of his driving school off their car and burnt them.

She was also allegedly withholding the keys to their minibus.

The two were also girding their loins to fight for the division of their estate as Tony had allegedly ordered him to vacate their matrimonial home.

The explosive titbits were revealed by a relative who is close to the warring couple.

Mashabela confirmed that his wife has dumped him via a WhatsApp message.

“I have never thought one day I would be a victim of domestic violence and be helpless. It’s so painful and hurtful that you arrive at home as a man and be disrespected by your wife.

“She told me that she no longer loves me but I’m stuck in one place because since we separated she has not filed for divorce to complete the choice she made to live a new life without me.

“But speak to my lawyer about this matter, I can’t say more than what I just said.”

His lawyer Adv Jerry Koma said Mashabela’s wife threatened to file for divorce in October. “We have not received the papers, so we took a decision to wait until the end of this month for her to do so and if she doesn’t, then we will initiate the divorce process,” he said.

The wife poured water on allegations against her pertaining to the cars, saying they were both her vehicles.

A family relative who didn’t want to be identified for fear of victimisation, said their marriage started faltering in November last year when his wife started accusing him of infidelity. “She claims that she found some SMSes in his phone which suggest that he was cheating,” said the relative.

The relative said Mashabela’s wife dumped his clothes in the streets and ordered him to leave their house.

“But he didn’t, hoping that things will be okay. The two have been sleeping in two separate rooms since then.

“What compounds their problem is that Mphoza also complains that his wife is never home and that she often undertakes trips to far away places and spend several days without his consent,” said the relative.

The relative also said what broke the camel’s back was when she ordered him to leave their house last Friday. The relative said Mashabela went to Mahwelereng police station to open a case against her but the police referred him to social workers to resolve the matter.