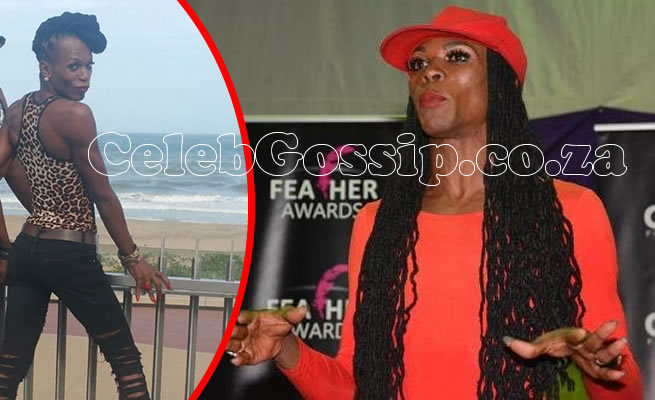 This is according to a teen who says she was beaten up with his rock-hard fists! The 17-year-old claimed the only surviving 3Sum member unleashed a world of pain on her.

Amstel allegedly believed the girl from Mamelodi East in Tshwane was having an affair with his father, Tony. A source claimed Amstel (real name Amstel Maboa Makwane) confronted the teen more than three times. After the alleged beating, the teen apparently tried to open a case of assault against the musician.

The SunTeam contacted the flamboyant star to get his side of the story, and he denied laying a hand on the girl.

“Bayangisukela, my nails don’t allow me to go around beating people,” said Amstel.

But the teen sang a different tune in her account of what happened in September when the musician confronted her.

“I told him his father and me weren’t an item. But that didn’t stop him from beating me up,” she said. “He kicked and slapped me, and even pulled me around. His fists were rock solid. I can’t even chew beef anymore due to pain.”

Armstel, a prominent gay who advocates for same-sex relationships became more popular 2 years ago when he urged members of the gay community to continue teaching society about homosexuality. Amstel is the only remaining member of Afro-pop group 3Sum, following the death of former members Jeff Moyo and Koyo Bala.

The girl said she knew Tony as the “madala from our kasi”, who used to greet her daily when she was on her way to and from school. According to the teen, all hell broke loose one day when the madala’s wife saw them talking.

“He had asked me to go buy him airtime. When I took it to him, she saw us,” the teen said. “Amstel’s mother told me to never talk to her husband again, saying I must refuse the next time the madala sends me to the shop.”

The girl claimed the madala sourced her phone number from a young man. He allegedly used to call her and mention his willingness to leave Amstel’s mother for her.

Asserted the teen: “But I told him we couldn’t be together because he was too old for me, and that I’m seeing someone.”

When the SunTeam asked Amstel about the teen allegedly being his father’s nyatsi, he refused to comment.

According to the girl’s sister, her husband who is a lawyer is handling the matter. “I asked her what was happening and why she was at the police station. She told me Amstel had assaulted her,” said the sister.

Amstel’s father Tony refused to comment on the matter.

Police spokesperson Kay Makhubele confirmed that a case of common assault was opened at the Mamelodi East police station.

“There are no arrests as yet and police are investigating,” he said. Amstel’s mother’s name is unknown to us and therefore, we could not get comment. The names of the alleged victim and her sister are withheld for legal reasons.